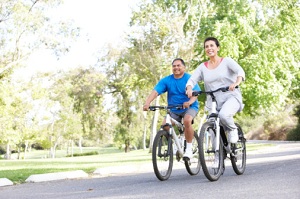 One common form of implicit memory is procedural memory. This allows people to store memories of how to follow specific procedures. Once learned, these behaviors become automatic and don’t require much conscious thought. Examples of this kind of implicit memory include:

Another type of implicit memory is priming, which occurs when a person is exposed to one stimulus, then later reacts to a similar stimulus without consciously recalling why. For example, someone who watches a scary monster movie may scream or run when they later see a spider in their sink. They may not have reacted as strongly to the spider if the movie hadn’t primed them for a fear response.

How Procedural Memories are Stored

Procedural memory is part of long-term memory, which stores memories for long-term usage. Procedural memory typically takes longer than explicit memory to be stored and become automatic. However, it is also less likely to be forgotten.

Because procedural memory is highly automatic, it is also context-dependent. When someone buys a new car, for example, they may struggle with locating the gear shift or the blinker, forcing them to actually think about the process rather than performing it automatically.

People who have heavily practiced a certain procedure—such as playing chess or tennis—may struggle with following the same procedure under pressure, particularly if their performance takes place in a new context. If a chess player who normally practices outside participates in a large indoor chess tournament, they may work more slowly or have trouble concentrating.