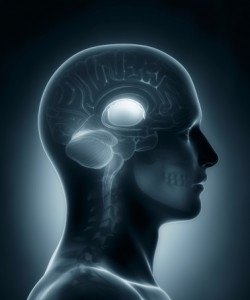 The basal ganglia are a collection of nuclei located on either side of the thalamus in the brains of humans and other vertebrates. The sub-components of the basal ganglia play a significant role in sending messages to the body and coordinating automatic behaviors.  Problems with the basal ganglia can cause psychological concerns; conditions such as Huntington’s, Parkinson’s, and cerebral palsy; and schizophrenic, obsessive-compulsive, or depressive behaviors.

Several individual nuclei make up the basal ganglia, including: