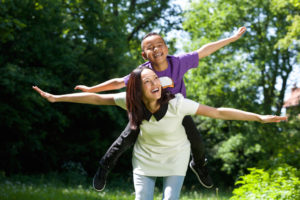 Children who grow up in two-parent families and those who grow up with mothers who choose single parenting fare equally well, according to a study presented at the 33rd annual meeting of the European Society of Human Reproduction and Embryology.

In 1981, Jane Mattes, LCSW, founded the Single Mothers by Choice organization. Mattes developed the organization in part to differentiate older, financially stable single mothers from teen mothers, who typically face a range of sociological and economic challenges. Since 1981, the number of single women who choose to have children has grown. According to data from the 2012 U.S. Census, 30% of American households are headed by single parents. Most of those parents are mothers.

No Difference in Outcomes for Children with Single Mothers by Choice

Some politicians and policy analysts have argued that single motherhood endangers children. This study undermines that claim. It included 69 single mothers by choice and 59 mothers who raised their children in heterosexual two-parent families. The mothers’ children were between 1.5 and 6 years old.

According to study author Mathilde Brewaeys, policy analysts often base their single parenting research primarily on children of divorce. These children often face an environment of family conflict, making their lives and potential outcomes much different from those of children raised by women who actively choose solo parenting.