Why Do People Leave Therapy Prematurely? 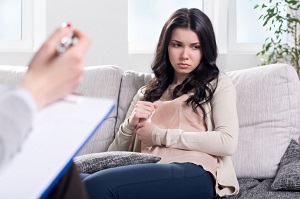 Premature termination with people in therapy happens with both seasoned and newly licensed therapists. In a study that talked about the therapeutic relationship and psychotherapy outcome, it shows that 20 to 57 percent of people in therapy do not return after the initial session (Lambert). Another 37 to 45 percent only attend therapy a total of two times (Schwartz). Sometimes these people leave without warning, but sometimes they do give some signs they won’t be returning, even if they do not directly explain them. Some will contact the therapists by email, will leave phone messages, or simply will not show up for their appointments. These people may come back much later, or not all. Many will also find a new therapist when they want to resume their therapy work.

There can be many reasons for this. I have had some people and personal contacts share some of their reasons with me. Here are some common reasons I’ve heard:

The ‘Can of Worms’

People realize therapy opened a bigger “can of worms” than they were prepared to handle. They say hindsight vision is 20/20. I wrote in my previous article, Helpful Tips to Make Therapy Most Effective for You, that one of the things to keep in mind during therapy is what you want to achieve or gain in therapy. Sometimes we don’t always know, even when we are posed that question. We can identify that we are struggling in some area of our life, or we are in some pain either emotionally or mentally, and we want some relief. We find the therapist we have a good connection with, make the appointment, and go in for our sessions.

Sometimes, we never know what to expect. Some have really good results; others have light-bulb moments with increased insight. Some, however, are taken aback by the depth of therapy, and they realized they didn’t want to go further at that time. One particularly candid response I heard from someone in this position was, “it was just too hard and painful at the time, and I just didn’t want to see what else was there.”

I don’t often hear people in therapy say, “I don’t think I’m ready to continue with this issue.” Sometimes other reasons come up, which is known as resistance. Therapy can provide wonderful possibilities, benefits, and outcomes, but occasionally we still resist the experience. This may be because of fear of success, failure, feeling overwhelmed by truth, fear of the unknown, or simply overwhelming emotions.

Misunderstandings, miscommunications, and impasses can often happen between therapists and people in therapy during the treatment duration. In the study mentioned earlier, the top reason people dropped out of therapy after the initial session was dissatisfaction with the therapist, or the feeling that the therapist didn’t really “get” them. There can be both competent and unprofessional behaviors found in all professions, and this is holds true in the therapy world. Further, even with the best training and the heart to serve people, the best therapists are not omnipotent, nor will they be perfect in their approach.

Many interventions are chosen according to what the person in therapy presents. Some will make unintentional mistakes or misunderstand what people meant. Therapy is not like getting a medical exam. There is no therapeutic equivalent to getting blood drawn, waiting for it to be studied, then receiving a detailed evaluation and report. The journey of healing through therapy must be a collaborative effort to be effective. If or when a therapeutic breach happens, a person may choose to drop out prematurely, or avoid the elephant in the room—the elephant being that there’s something hindering your therapeutic growth; you can feel it’s there but you are not able to talk about it. Alternatively, the person in treatment and therapist could have a dialogue, which can offer the most constructive growth for both parties. Often, however, it’s difficult to initiate that dialogue.

Healing in therapy is not just about getting results and meeting goals; it is also about the process of the therapeutic relationship. It is about how things unfold as you are exploring issues with your therapist. Therefore, sometimes constructive feedback is needed from people in therapy to minimize impasses and misunderstandings. This proactive approach can itself be a reflection of significant growth. For example, let’s say this person has relational difficulties, such as discussing vulnerable feelings. This is a wonderful opportunity to practice giving constructive feedback, which the person can then apply to other relationships. A competent therapist will often be very receptive to constructive feedback at any time during the sessions.

Readiness for therapy often comes at a point where people experience greater pain and discomfort by remaining personally stagnant than by initiating small adjustments in life to feel better in the long run. While there is no exact time frame for those lasting changes to occur, that readiness provides that platform for real growth to occur. The key is consistency. Premature termination sometimes cuts that opportunity short, despite improvements thus far in therapy sessions. Therapy, no matter the duration, is not a pass-or-fail experience, but rather an opportunity for positive growth with the right therapist.