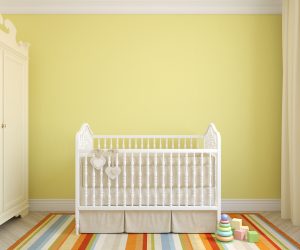 Sudden infant death syndrome (SIDS), also known as crib or cot death, is the name given to the sudden, unexplained death of a seemingly healthy infant. SIDS, which typically occurs during sleep, is the leading cause of death among infants between 1 and 12 months old.

What Is Sudden Infant Death Syndrome?

Although SIDS has been heavily researched, its exact cause remains elusive. Researchers believe it may be connected to abnormalities in the part of the brain that regulates breathing and sleep-wake function, but this has not yet been proven beyond doubt.

Most medical diagnoses are determined through the assessment of symptoms, environmental factors, and/or medical history, but SIDS differs in that it is generally diagnosed after other possible causes of death, such as abuse, accidents, or undiagnosed disorders and conditions, have been ruled out. SIDS, which is unpredictable and thus difficult to prevent, is responsible for around 2500 infant deaths per year in the United States. Infants are considered to be at risk until they are one year old, but most infants who die of SIDS do so within the first six months of age.

Although there is no known cause, years of research have led to the discovery of a number of factors that may indicate a greater risk:

Prenatal risk factors include mother’s age, health, and substance use.

Can SIDS be Prevented?

Although there is no way to completely prevent SIDS, much can be done to reduce an infant’s risk. In 1992, the American Academy of Pediatrics launched their Back to Sleep campaign, recommending that parents always put babies sleep on their backs. The SIDS death rate has decreased by 50% since. Medical experts continue to encourage parents to implement the following protective strategies to lower the risk of SIDS:

In October of 2016, the American Academy of Pediatrics released new guidelines for SIDS prevention. The new recommendations advise parents to put their infants to bed in the same room, but not in the same bed, for at least the first six months of life.

Despite decades of study, researchers have been unable to successfully establish a cause for SIDS. The uncertainty surrounding the phenomenon of crib death has created an environment ripe for speculation, disagreement, and controversy, leading to several differing ideas about what triggers this unexpected death in otherwise healthy infants.

One of the more well-known speculated causes is the toxic gas theory. In 2002 the Scottish Cot Death Trust published a study in the British Medical Journal presenting the idea that fungal growth in mattresses (especially mattresses that have been re-used), combined with the materials used to make mattresses flame-retardant, may lead to cot (crib) death. Wrapping the mattress in a polyethylene cover was the solution suggested by researchers. Some professionals support this theory, while others do not, citing insufficient evidence. However, when a mattress-wrapping campaign was adopted in New Zealand (the country with the highest rate of SIDS in the world), the SIDS rate fell drastically: by approximately 85% among non-Maori New Zealanders and by 70% among all New Zealanders.

This is one theory among several, however, and other studies have failed to prove a discernible link between the use of wrapped mattresses and a lowered rate of SIDS.

The Lasting Effects of SIDS

The loss of a child to SIDS is likely to leave a parent traumatized and heartbroken. Feelings of guilt, anxiety, grief, and depression are common among parents who have lost a child in this sudden, unpredictable way. In addition to the grief that comes with losing a child, a SIDS diagnosis can bring with it a medical investigation. Parents may face questioning, assessments, and testing from medical professionals, and they may even be forced to deal with police involvement as other causes of death are ruled out, complicating the grieving process for parents who have just lost their child.

The Sudden Infant Death Syndrome Alliance is recommended as a resource for those in need of support.