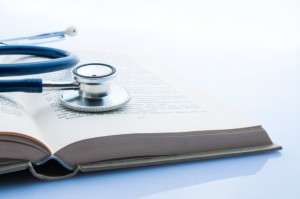 The International Classification of Diseases (ICD) is a diagnostic tool used by the medical community. Currently in its tenth revision (ICD-10), this manual classifies medical diseases and mental health conditions to provide standardized descriptions and monitor the incidence and prevalence of mental and physical health concerns. Published by the World Health Organization (WHO), the ICD has been translated into 43 languages and is used by all members of WHO.

Development of the ICD

The classification of diseases dates back to 1600s England, when John Graunt attempted to study the statistics of disease. His data was imperfect—he lacked, among other things, mortality data by age—and he made estimates regarding the information he did not have.  Graunt’s work, however, did contribute to medical progress.

In the 1800s, William Farr attempted to create a better, more uniform classification of diseases. At the time, diseases were often described vaguely or referred to by a variety of names, and he recognized the importance of naming and describing disease in a systematic way. The disease classification he developed was eventually adopted by the International Statistical Congress, and it became known as the International List of Causes of Death.

The classification of diseases continued to evolve. After her return from the Crimean War, Florence Nightingale sought Farr’s help in improving available data and statistics on illness and causes of death. By 1933, the United States was compiling annual mortality statistics nationwide. In 1948, WHO adopted the Manual of the International Statistical Classification of Diseases, Injuries, and Causes of Death, marking the beginning of international cooperation in the field of health statistics. Countries from around the world established national committees on health statistics, and this served as a link between national institutions and WHO.

Today, the ICD-10 is used internationally by physicians, nurses, researchers, insurers, and mental health professionals to compare medical data and provide consistency in the collection and classification of mortality statistics on an international level. Revisions are implemented periodically in order to keep the manual current with advances in medicine.

Using the ICD-10 in Health Care and Diagnosis

The ICD-10, which is considered to be the global standard for the identification and classification of diseases, disorders, and injuries, lists every known disease and provides each with a corresponding alphanumerical code. These codes are used to convey information between medical providers and are also listed as the cause of death on a death certificate, which allows for data collection regarding the leading causes of death both nationally and worldwide.

Information is listed in the ICD in such a way as to provide easy accessibility to health information and data comparisons across time and in different regions and to allow for evidence-based analysis and decision making. The manual’s use in clinical care and research has provided the foundation for better management of health care and allocation of resources, worldwide.

How Do the ICD and the DSM Differ?

The Diagnostic and Statistical Manual (DSM), currently in its fifth edition, provides a standardized criteria for the diagnosis of mental health conditions. Before 1980, the diagnosis of mental health conditions was largely influenced by psychoanalysis. With the publication of the DSM-III in 1980, however, the American Psychiatric Association took a step toward describing and classifying mental health issues based on clusters of symptoms. In more recent editions, the manual has become more similar to the ICD, in part due to collaborative work between WHO and the APA.  However, it remains a separate classification system for mental health disorders.

The ICD is published by an international organization and is widely accessible at a low cost in order to allow for the broadest possible distribution of the manual. Many health care professionals find it unhelpful to have two separate classification systems for mental health conditions, and some believe the ICD may eventually replace the DSM. Other professionals maintain the importance of the DSM and its continued role in psychiatric diagnoses, in part because it contains information about mental health concerns that will not be included in the ICD, such as symptoms of mental health conditions.

The ICD-10 and Mental Health Care

For example, the eating disorder anorexia nervosa had one code in the ICD-9, but it has two codes in the ICD-10. The added code allows providers to specify which subtype a person seeking treatment has.