Brain Differences in Adults Who Recover from ADHD 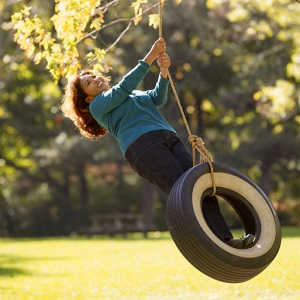 About 11% of all children are diagnosed with attention deficit hyperactivity (ADHD) at some point, but some of these children grow into adults without ADHD. A new study suggests that these changes aren’t subjective. Instead, adults who recover from ADHD show distinct brain differences.

How Recovery from ADHD Changes the Brain

Researchers already know that, among adults and children with ADHD who aren’t focusing on a task, the brain’s posterior cingulate cortex and medial prefrontal cortex don’t synchronize their activity. The new study examined how these brain areas work together in adults who had previously been diagnosed with ADHD to see if recovery from ADHD changed the brain.

The study looked at 35 adults diagnosed with ADHD as children. Thirteen still had symptoms of the ADHD, while 22 had recovered. The researchers used resting-state functional magnetic resonance imaging (fMRI) to examine how the subjects’ brains behaved when they weren’t focused on a specific task. In a surprising twist, though, the new study found that adults who recovered from ADHD showed synchronicity between the two brain regions—a brain pattern identical to the brain patterns shown in people who have never been diagnosed with ADHD.

Environment, Medication, and the Brain

This study might seem to suggest a biological basis for ADHD, and even a potential test for the condition. But environmental and lifestyle choices can change the brain. Carey Heller, PsyD, a GoodTherapy.org ADHD topic expert, points out that both medication and therapy can change the brain, and he emphasizes the way lifestyle choices can affect both the symptoms of ADHD and the way the disorder looks on a brain scan.

“Children have little control over their environments, but adults may be able to choose jobs, working environments, or habits that minimize their symptoms,” said Heller. Perhaps these changed brain scans are the result of a concerted effort to cope more effectively with ADHD. If that’s the case, then this research points to the importance of early interventions for helping children recover from ADHD in adulthood.

No matter how you interpret the data, though, brain differences in adults previously diagnosed with ADHD can help lead the way toward future research. The study was small, so more research is necessary to determine whether and how the adult brain changes in response to both ADHD and treatment for ADHD.