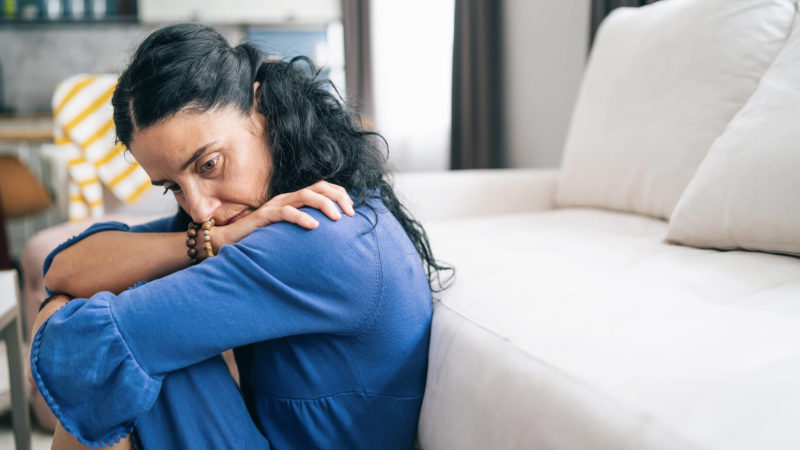 by Allie Dainow, Registered Psychotherapist (Qualifying), in Toronto, ON, Canada

Gaslighting is when someone distorts reality, which has the intentional or unintentional effect of causing another person to doubt their own perceptions. It has become such a commonly used term that there are even songs about it. In the Chicks’ (formerly known as the Dixie Chicks) song titled “Gaslighter,” Natalie Maines sings about someone cheating on her and trying to convince her she was imagining it:

The term first originated from the 1944 movie Gaslight (based on a play written in 1938), in which a husband tries to prevent his wife from realizing that he’s a criminal by altering her reality and trying to make her believe she is imagining what’s happening. The title itself specifically comes from a scene where he makes the gaslights in the attic flicker and, when she asks him why they’re flickering, he tells her that she’s hallucinating it.

Gaslighting is a very common behavior that is used in many different situations and relationships to gain power and control. It also occurs at a group level, often with women and other marginalized groups, whose experiences are frequently dismissed, seen as “crazy” and “too emotional,” and judged by double standards (Sweet, 2019).

Healthy ways of dealing with negative behavior involve acknowledging it, reflecting on why it happened, and trying to learn from it. Gaslighting occurs when the person is aware, either consciously or unconsciously, that their behavior is inappropriate in some way, but they are unable to acknowledge this because they cannot handle the guilt and shame associated with it. It is very commonly used as a narcissistic defense, because narcissists attempt to compensate for a core of shame by presenting themselves to others (and often convincing themselves) that they are perfect. They cannot admit to negative behavior (even if it’s actually quite minor) because it’s too threatening to this image. Narcissists also become immune to this sense of shame by developing a sense of shamelessness, which allows them to engage in unethical and cruel behavior that others wouldn’t.

There are several common tactics that gaslighters use to manipulate others. They can have a preferred strategy that they use the majority of the time or cycle through several of them, especially if the first ones they use are not having the desired effect. These tactics include:

The Experience of Being Gaslit

Gaslighting can feel very disorienting, almost like having whiplash. It often causes us to leave a situation completely confused, wondering what just happened or thinking that something was wrong, but not being able to pinpoint what it was. It can lead to intense rumination where you go back and analyze every detail of a situation to ensure that you’re not imagining it. It’s exhausting to do this and it’s scary to feel like you can’t trust your own perceptions. Once you start to uncover what really happened, it can be extremely upsetting, disturbing, and infuriating. Gaslighting, especially when experienced repeatedly, can cause adverse psychological effects, including chronic self-doubt, shame, isolation, depression, anxiety, impaired relationships, trauma, and physical symptoms related to stress (Christensen & Evans-Murray, 2021, Pietrangelo, 2019).

Trying to have a conversation with someone who’s gaslighting you is incredibly difficult and draining. Here are some strategies for how to communicate with them:

It is important to give yourself time to identify that you were gaslit and process what happened. You can use mindfulness strategies to detach from your thoughts and reduce the urge to ruminate about it until you’re ready to reflect on it or if the distress from this is interfering with other aspects of your life. These might include meditation or thought diffusion techniques from Acceptance and Commitment Therapy, such as saying to yourself “I’m having the thought that…” before a distressing thought in order to distance yourself from it (Harris, 2006).

In order to process the feelings that arise from being gaslit, we need to identify and validate them. We often invalidate ourselves and say that we shouldn’t feel a certain way or that our reactions don’t make sense, but when we try to understand why we might have reacted that way, we realize it makes sense and stop criticizing ourselves. In the case of gaslighting, it is an extremely unpleasant experience, and it makes sense that you would experience negative emotions in reaction to it. It’s very helpful to practice self-compassion, which involves noticing these difficult thoughts and feelings and being kind to yourself about them. Many people describe self-compassion by saying it’s like speaking to yourself the way you would to a good friend.

Sometimes knowing that you were gaslit can stop you from criticizing yourself, but other times this just makes us feel bad and blame ourselves for being manipulated. Unfortunately, gaslighting is a very common behavior because it’s effective. The very nature of gaslighting makes it so difficult to identify what’s happening because it disorients you and makes you even wonder if you’re being paranoid for questioning the gaslighting behavior. Many of us also want to give others the benefit of the doubt and think that perhaps we did misremember or misinterpret their behavior because it can be so difficult to accept that not only did the initial hurtful behavior happen, but that the gaslighting did as well. It’s important to be self-compassionate about the pain you have experienced from both. Try to remember that the problem isn’t you, it’s the person who did the gaslighting.

Christensen, M., & Evans‐Murray, A. (2021, May). Gaslighting in nursing academia: A new or established covert form of bullying? In Nursing Forum.

Harris, R. (2006). Embracing your demons: An overview of acceptance and commitment therapy. Psychotherapy in Australia, 12(4).

Pietrangelo, A. (2019, March 29). What are the short and long-term effects of emotional abuse? Healthline. https://www.healthline.com/health/mental-health/effects-of-emotional-abuse