Find a Therapist in Missouri

Welcome to the Missouri therapist directory at GoodTherapy.org. Our directory is the fastest and safest way to find a good counselor or therapist in Missouri cities. We only include professional therapists, counselors, and psychologists whose work accords, in attitude and orientation, to the elements of good therapy. Find a therapist or counselor in your Missouri zip code, or click on the links below to see the counselors in your city. If you are looking for telehealth therapy you can click here to see all Missouri telehealth therapists.

Approximately 6 million individuals lived in Missouri in 2015, according to data from the United States Census Bureau. The state population was made up of 83.5% white residents, 11.8% black residents, 1.9% Asian residents, and 0.5% American Indian and Alaska Native residents. Minors accounted for 23% of the population, while the elderly—65 years or older—made up 15.4%. Females comprised 50.9% of all residents. 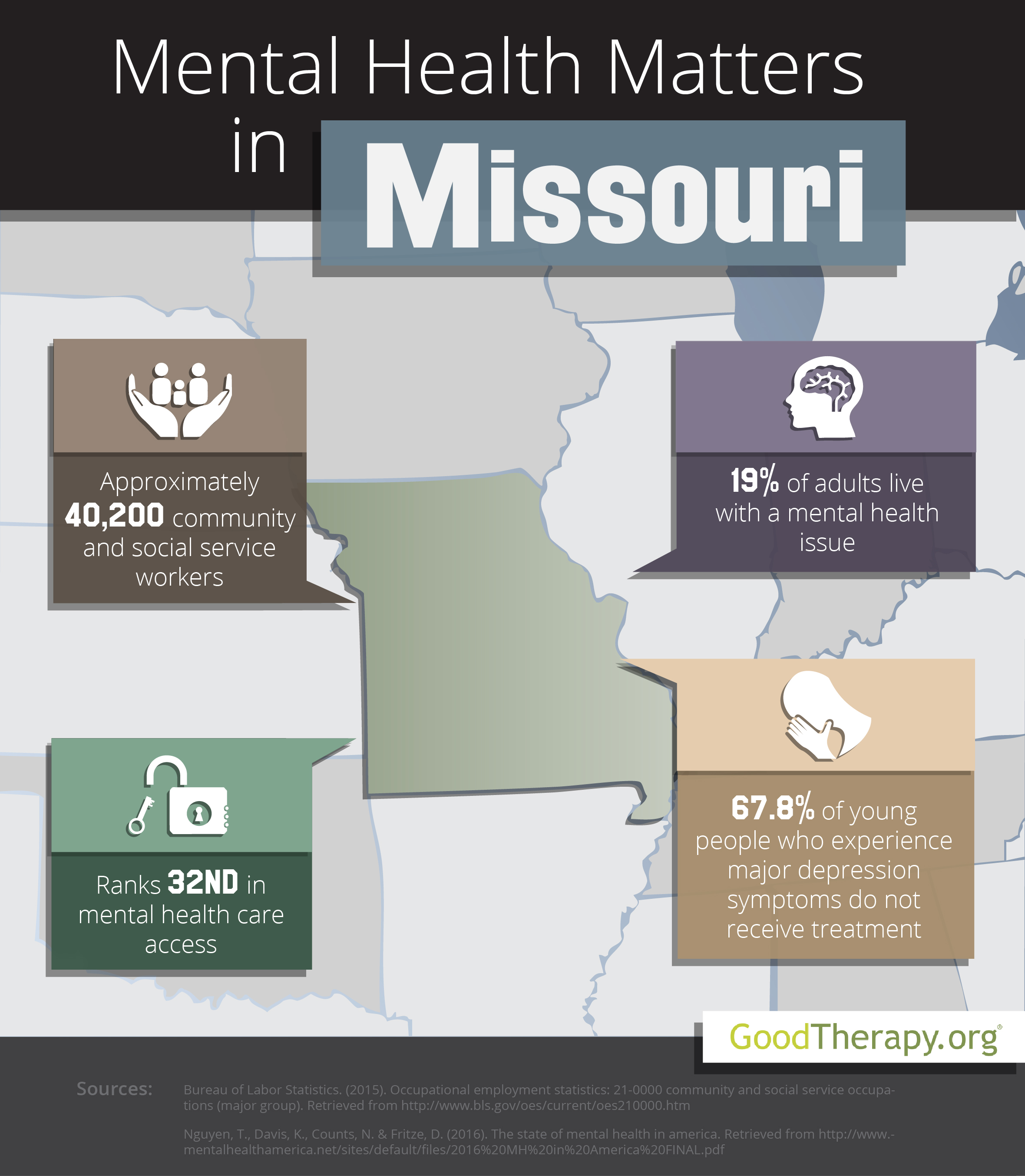 Substance dependence is another issue that may have caught the attention of mental health providers in Missouri. Therapists from the Substance Abuse and Mental Health Services Administration (SAMHSA) report that in 2012-2013, cigarette use among Missouri teens was higher than the national percentage. At 38.8%, a higher percentage of Missouri teens saw no great risk from smoking one or more packs of cigarettes per day than the national average of 35%. From 2009 to 2013, the percentage of Missouri teens who perceived no great harm in smoking marijuana once a month increased from 68.3% to 73.6%. According to the 2016 MHA survey, roughly 27,000 young people in Missouri display dependence on alcohol or drugs.

Mental Health America contends that approximately 863,000 adults in Missouri experience mental health issues. The state was ranked 29th for adults with serious thoughts of suicide and 21st for adults with dependence on drugs or alcohol. According to SAMHSA, Missouri’s percentage of heavy alcohol use among adults age 21 or older was higher than the national percentage in 2009–2013. The 2016 MHA survey states 20% of adult residents with mental health issues are not insured.