Which California Cities Have the Highest Wages for Mental Health Professionals? 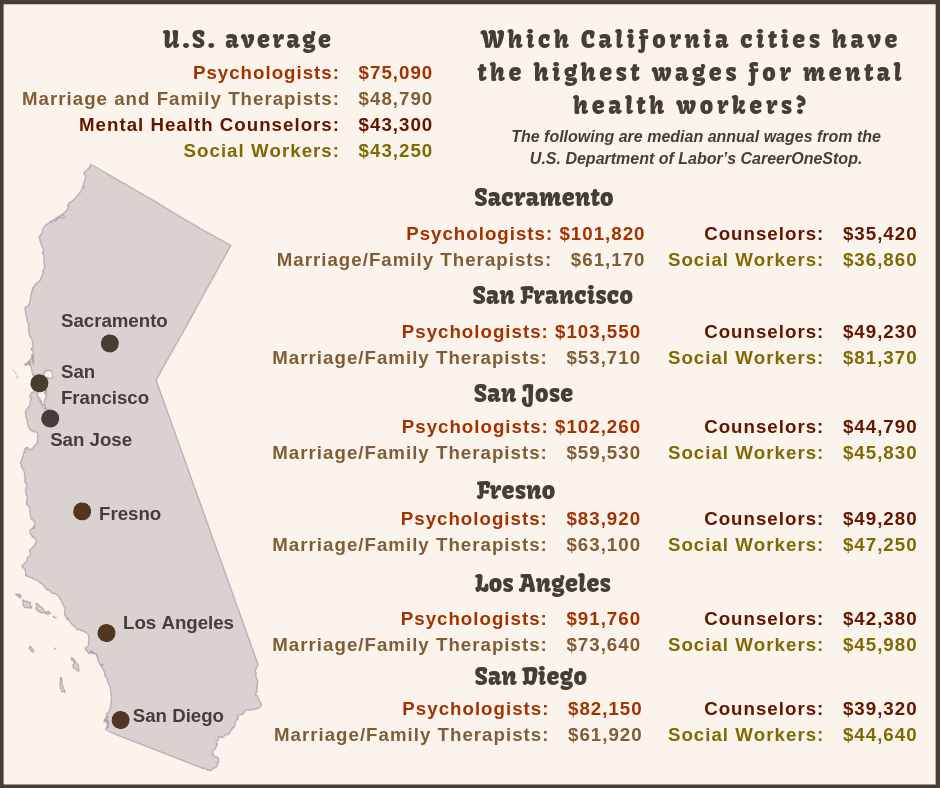 Infographic Text: Which California Cities Have the Highest Wages for Mental Health Workers?

California is home to a significant portion of America's mental health professionals. While wages in California tend to be higher than national levels, they can vary widely within the state. Using data from the U.S. Department of Labor, this infographic examines wages from some of California's largest cities: Sacramento, San Francisco, San Jose, Fresno, Los Angeles, and San Diego.

Mental health counselors in the United States make an average of $43,300 a year. Among California cities:

Marriage and family therapists in the United States make an average $48,790 a year. The following cities rank from lowest to highest:

Psychologists in the United States make an average of $75,090 a year. In California, psychologists make: