William James was a 19th century philosopher and psychologist who is widely regarded as the founder of American psychology.

William James was born on January 11, 1842, at the Astor House in New York City. He was born into an extremely intellectually gifted family and was educated in Europe and the United States. He expressed an early interest in art and wanted to pursue a career in painting. Against his father's wishes, he studied with William Morris Hunt for a year, before he abandoned art in favor of science.

James began the study of chemistry at Lawrence Scientific School at Harvard University in 1861. After a few years, he elected to study medicine at Harvard Medical School, where he continued to study off and on over several years, between sabbaticals and illnesses, including a bout of major depression. James completed his medical degree in 1869. Eventually, James decided to pursue a career in psychology and philosophy.

James joined the staff at Harvard in 1872 as a physiology instructor. Throughout his long academic career there, James also served as a professor of psychology and a professor of philosophy. In addition, he was part of a discussion group called The Metaphysical Club, whose members included Oliver Wendell Holmes and Charles Pierce. James stayed at Harvard for most of his career, retiring in 1907.

James's book, Principles of Psychology, has had far reaching impacts on the field of psychology. The massive 1200 page book was published in two separate volumes, and took more than a decade to complete. Two years after its publication, an abridged version, Psychology: The Briefer Course, was released. In these books, James defined beliefs as those ideals that serve a purpose to the believer. He developed a theory of truth that states that a truth is legitimate if the statements are in line with theories or things, but the truth must also fit cohesively together in order to be considered verifiable.

In collaboration with Carle Lange, James developed the James-Lange theory of emotion. This theory argues that emotions are physiological reactions. When people experience an event, the event causes physiological changes, and these changes act as cues for emotion. For example, the body of a person in danger initiates the fight or flight reaction, which elevates heart rate and blood pressure. The person then feels afraid based upon these physiological experiences.

James remains a widely read philosopher, and his theories on pragmatism have contributed both to the field of psychology and philosophy. According to James's pragmatism, the value of an idea is dependent upon its usefulness in the practical world rather than its absolute truth. Some of James's other contributions to philosophy include:

James held firmly to his belief in functionalism in psychology, and his work in this area has made him one of the most influential and eminent psychologists of his time. He was open to alternative medicine and was a founding member of the American Society for Psychical Research, an organization dedicated to parapsychology. 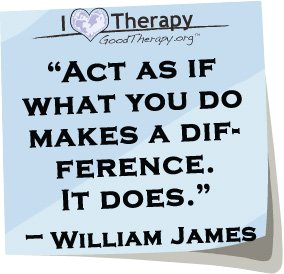 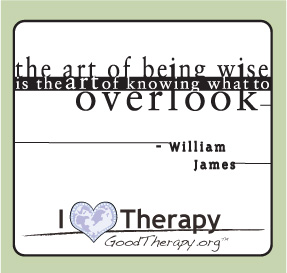 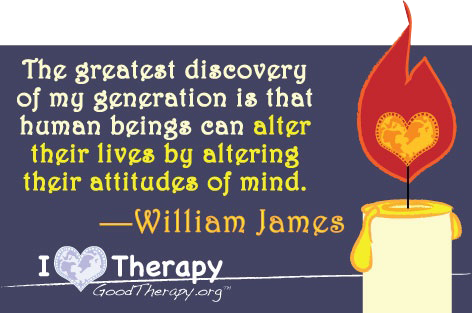