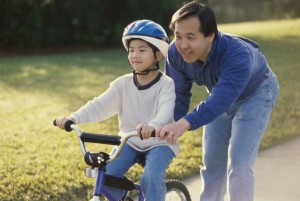 The zone of proximal development is a concept developed by psychologist Lev Vygotsky. Usually used in reference to children who are learning a new skill, the term describes the gap between a skill that has been mastered and a task that an individual can perform if given assistance.

Zone of Proximal Development and Scaffolding

Children learn a great deal by imitating adults (and occasionally other children), and the zone of proximal development uses this imitation as a tool for learning. Assessing problem-solving ability, both independently and with guidance, is believed by many to be more helpful in tracking a child’s development than standardized tests, which are widely considered to be a less effective method of measuring student intelligence.

Vygotsky said children learn through a process developmental psychologists now call scaffolding, though Vygotsky himself never used that term. By meeting children slightly above their level and encouraging them, caregivers such as parents and teachers are able to expand the knowledge and skills of the children in their care and scaffold them into greater knowledge. This process takes place in the zone of proximal development.

Parents who attempt to scaffold a child outside of the child’s zone of proximal development—by asking a child who has not yet mastered the alphabet to read words on a page, for example—will likely be unsuccessful at helping the child learn. Similarly, caregivers who use scaffolding when a child has already mastered a skill—holding the seat of a bike, for example, when a child can already ride—may inhibit both the child’s curiosity and ability to learn.

When used effectively, however, scaffolding encourages children to reach above their level and develop new skills. Holding the seat of a bike when a child has learned to pedal but cannot yet ride independently is an example of scaffolding used effectively, as the caregiver is meeting the child in the zone of proximal development.

Educators commonly focus education within a child’s zone of proximal development in order to scaffold the child into greater knowledge. For example, a teacher might focus a vocabulary lesson on terms relevant to a new unit of discussion. A parent who asks a child to sound out the individual sounds of a word and then coaches the child into correctly pronouncing the word is also working within the child’s zone of proximal development. A teacher who helps children learn subtraction by saying, “I have two trucks. How many do I have if I take one away?” is helping them master a mathematical concept they are not yet proficient in, despite having some comprehension of the concept.

Scaffolding is essential to a classroom setting because, when used effectively, teachers can reduce the negative feelings experienced by students who lack the ability to complete a particular task by providing the necessary guidance to those students. This can help prevent them from becoming discouraged or frustrated with themselves.

Differentiation, or designing choices for classroom activities appropriate for various skill levels and abilities, is similar to scaffolding as it is tailored to the individual needs of a student or group of students in order to teach them effectively at their ability level. Scaffolding differs in the separation of a concept or activity into distinct parts, which allows students to master each aspect before combining them to obtain mastery of the concept. However, the two techniques are used for the same purpose—guiding student comprehension and ability to the desired level—and they are often blended seamlessly in a classroom setting.