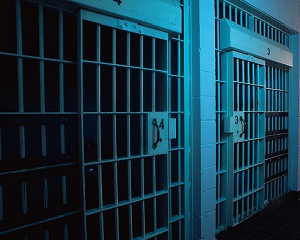 The Stanford Prison Experiment was an experiment conducted by psychology professor Philip Zimbardo and a team of researchers in 1971. Funded by the United States Office of Naval Research, it was designed to uncover the sources of problems between prisoners and prison guards. The study is frequently cited as an example of how quickly normal people give into authoritarian urges when given a small amount of power. Zimbardo believed that certain personality traits were associated with abusive tactics in prison, but his experiment demonstrated that seemingly psychologically healthy people would quickly use abusive tactics to maintain power.

How Did the Study Work?
Twenty-four students were randomly assigned the roles of prisoner or prison guard. The prisoners were “arrested” prior to their incarceration, and the entire experiment aimed to mimic the realities of prison life as neatly as possible.

What Happened During the Study?
The students participating in the study immediately adapted to their new roles, with guards adopting draconian, authoritarian measures. Some of the prisoners were subjected to psychological torture. Many of the prisoners not only accepted the abuse, but also abused other prisoners at the direction of the guards and in attempts to acquire favor with the guards. Zimbardo acted as prison warden during the experiment, and he, too, was affected by the experiment, permitting the abuse to continue.

As the experiment progressed to the second day, several prisoners lead a riot, prompting the guards to institute extremely authoritarian measures to crush dissent.

The experiment serves as strong support that context, rather than innate personality traits, influences behavior. It is often cited as evidence of the dangers of giving excessive authority to any one person or entity.