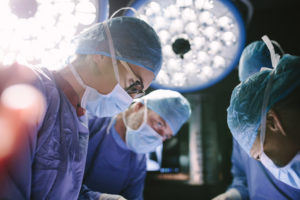 Psychosurgery is one of the oldest forms of surgery, and physicians have been attempting to treat psychological conditions with brain surgery for generations. Trephination is likely the oldest form of psychosurgery and involved drilling holes in the brain to alleviate a wide variety of symptoms ranging from epilepsy to psychosis. There is evidence of trephination on prehistoric human skulls.

In the mid-20th century, psychosurgery greatly increased in popularity, with numerous hospitals and clinicians engaging in the practice. Psychosurgery included split brain operations, removal of brain tissue, and other brain manipulation tactics. Results were mixed, and psychosurgery frequently resulted in extreme side effects, health problems, and even death. People sometimes underwent psychosurgery against their will or after receiving a questionable diagnosis that may or may not have constituted an actual mental disorder. Consequently, there was significant backlash against psychosurgery and it decreased significantly in the 1960s and 1970s. Many people now view psychosurgery as the product of a barbaric understanding of human behavior.

In contemporary times, psychosurgery is extremely rare and is a treatment of last resort for symptoms that do not respond to traditional psychiatric or medical treatment. Deep brain stimulation, which involves the transmission of an electrical current to a targeted portion of the brain, has been approved by the FDA for treatment of Parkinson’s disease and dystonia. Surgeons also occasionally operate on portions of the brain to remove lesions, to sever connections believed to cause seizures or psychiatric symptoms and to stimulate specific brain regions. Current examples of psychosurgery include amygdalotomy, limbic leucotomy, and anterior capsulotomy. People with severe epilepsy may undergo psychosurgery to target the specific area in the brain from which seizures originate.

While still controversial, modern psychosurgery is performed in a hospital under anesthesia and always requires patient consent.