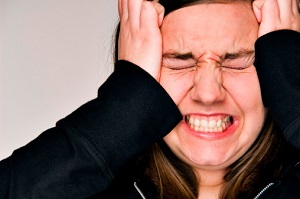 The term can have positive or negative connotations depending upon its use, but generally indicates some state of frenzied emotions or loss of emotional control.

When the term is used negatively, it usually indicates some degree of intimidation. For example, a chess player might try to psych out his or her opponent by staring him or her down, insulting him or her, or overstating his or her own degree of preparedness. People who are “victims” of being psyched out may feel intimidated and incompetent, which can decrease the accuracy of their performance.

When psyching out is used to refer to positive emotions, it generally denotes a state of excitement. For example, a coach might give a football team a rousing pep talk before a game to “psych them out” before the game and increase their energy and excitement.

In competitions, the term is sometimes used to indicate understanding and interpreting another person’s intentions and motives. Rarely, the term psyched out might be used as a slang term for psychological testing or treatment.

Although being psyched out is not a technical psychological term, the phenomenon can still illustrate psychological states, such as:

Other Uses and Popular Culture