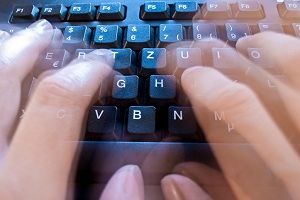 What Causes Pressured Speech?
Pressured speech may be caused by thought issues referred to as flight of ideas. In flight of ideas, the concepts running through the speaker’s head are moving too quickly or too incoherently for the speaker to intelligently articulate them. Stimulant drugs such as cocaine can cause pressured speech. The phenomenon can also be caused by a number of illnesses, including schizophrenia and mania. People experiencing extreme anxiety may also exhibit pressured speech.

Pressured speech is not in itself a disorder or illness. Rather, it is symptomatic of other mental health conditions. A related condition, cluttering, may cause people to exhibit patterns similar to pressured speech, but is caused by a language disorder and is marked by distinct patterns of speech.

Is There Treatment for Pressured Speech?
Because pressured speech is not in itself a disorder, treatment depends upon the underlying cause. In some cases, the speech pattern is due to a temporary bout of anxiety or extreme stress and may go away on its own. When pressured speech co-occurs with other symptoms, clinicians may conduct evaluations to determine the cause. Clinicians may conduct tests to ensure a brain injury is not the cause. When the symptom is caused by a mental illness, psychiatrists and doctors may prescribe a number of psychoactive drugs in some cases to improve symptoms. Talk therapy can also be helpful for people with anxiety-inducing mental illnesses that result in pressured speech.