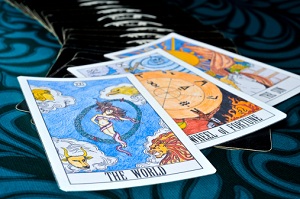 An archetype is a perfect or representative example of something and may be used as a default mental image. For example, a German shepherd could be one person’s archetype of a dog. In analytic psychology, an archetype results from humanity’s accumulated experiences. Archetypes are structural elements of the mind and reside in the collective unconscious. Archetypes serve as widely–and even universally–understood symbols, patterns, or concepts.

History of Archetypes
Carl Jung, the founder of analytic psychology, defined archetypes as “ancient or archaic images that derive from the collective unconscious.” Archetypes are innate and universal, and these shared concepts influence the development of both individual psychology and the collective unconscious. Most modern psychologists do not use Jung’s archetype model, but dream analysis has been built primarily upon the Jungian model and many clinicians believe that there is value in understanding the archetypes used by an individual.

Examples of Archetypes
Jung argued that there are numerous archetypes and possible archetypes, but he offered several examples. These include:

Jung argued that, by coming to terms with and increasing awareness of the archetypes contained in the human psyche, people are able to live happier, healthier lives.

Criticism
Many people have criticized the idea that archetypes can be inherited, are innate or are universal. Scientists have found some evidence for a genetic or universal nature of some components of human nature; for example, people across cultures can recognize the meaning of a smile. However, there is little or no evidence of innately inherited archetypes, and many theorists have argued that archetypes can be neither proven nor disproven, rendering them unscientific.