How Does Codependency Affect Us as Adults? 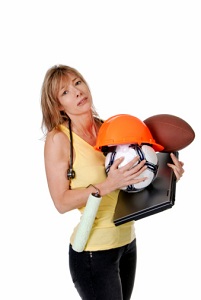 How does growing up in a dysfunctional family affect us as adults? For adult children of addicts, the behaviors and beliefs that enabled us to survive as children can cause us a myriad of problems in adulthood. These patterns are so ingrained and automatic that we do them without even realizing it, and changing any of them can provoke anxiety and fear. They seem like a lifeline, but in adulthood, they become an albatross around our necks.

The degree to which we are affected depends on the level of dysfunction in the addicted parent and the other parent’s ability or inability to protect us. Some people who are addicted to substances are better parents than others. Some addicts may be able to function as a parent some of the time, and even when drinking may try to show an interest in their children. Others may be gone most of the time and be mean or even violent when they are home. A minority of non-addicted parents may seek help and be honest with us about what is happening in our home. They may be mature enough to put their own feelings aside to do what is best for us. Other parents may deny what is happening and try to put us in an adult role, which adds to our harm.

Consequences as Adults
The majority of adults from dysfunctional families find it difficult or impossible to trust people, especially in close relationships. Since they were often emotionally abandoned by one or both parents, they are terrified of being abandoned as adults. Loving someone makes them feel vulnerable, which is very frightening. To avoid this fear and anxiety, they often keep their feelings inside and don’t share who they really are with their partner.

If there is a problem or conflict they don’t talk about it—why would they? They have never seen two mature adults fight fair, so they don’t believe that it is possible. If they make it to therapy, it’s usually because they’re dragged in by their partner. Due to their fear of abandonment, they question their partner constantly about fidelity, even when they have no reason to. This often drives the partner away.

Most adult children of addicts have very lopsided relationships. People with codependency feel responsible for everyone who needs help and tend to attract friends and lovers who under-function. They are totally focused on everyone’s needs but their own, which keeps them from knowing themselves and what they need and want. Self-care is a foreign language. They work very hard and then feel hurt, resentful, and used.

People with codependency constantly question their own judgment. Some may check frequently with others. In therapy, they tend to ask me often if certain behaviors are normal. This lack of confidence in their judgment comes from the hideous scenes that happened in their family: where a parent was drunk, had a manic episode, or some similar incident, and the next day the family behaved as though it never happened.

People with codependency can struggle with self-esteem and feel chronically inadequate. They set impossible goals for themselves and then refuse help, which they see as weak or shameful. They often feel overwhelmed but keep it a secret so that nobody knows they’re suffering until they burst at the seams. Often, this is the crisis that first gets them to a therapist. They may be trying to juggle a ridiculously impossible schedule: they may work full time, go to school full time, have several children, and a dysfunctional partner to take care of. Often, they don’t realize how hectic their own life is, because they never think about it. They are too preoccupied with other people’s lives.