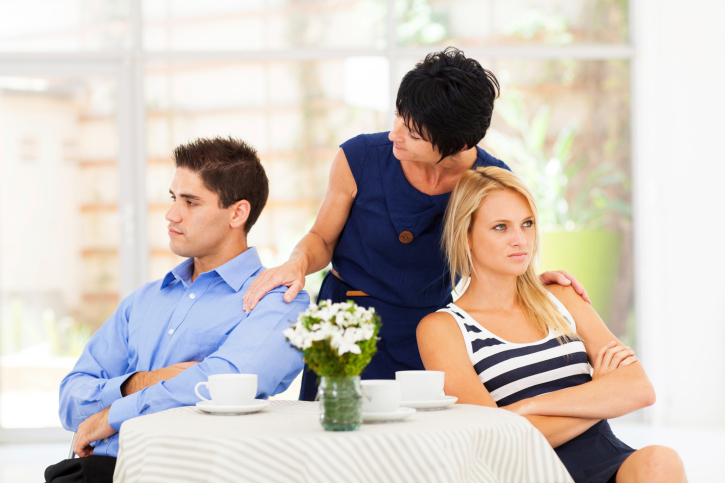 Triangulation occurs when an outside person intervenes or is drawn into a conflicted or stressful relationship in an attempt to ease tension and facilitate communication. This situation is often seen in family therapy.

Triangulation can lead to problems in relationships, and the individual members of the triangulated relationship may experience stress, anxiety, or other mental health concerns as a result of the triangulation. When an individual feels as if he or she has been pushed out of an important relationship by a third party, for example, he or she may often feel angry, confused, or rejected and may experience depression or resentment. Further, when tension and focus is shifted to a third person, that person may feel burdened and frustrated and may attempt to withdraw from the relationship altogether.

Pros and Cons of Triangulation

When conflict occurs in a relationship, a third party can be a helpful source of new ideas and advice, as a dyad can often become unstable when faced with stress. Bringing a third person into a two-person relationship can sometimes prove beneficial for the couple, who may need help mediating disagreements, gaining a fresh perspective, or finding support in times of frustration.

However, triangulation can be taxing to individuals who are thrust into the middle of a conflict, and this stress can lead a third party to play an inappropriate or harmful role, whether knowingly or unknowingly, in a relationship. Triangulation can also cause people in a relationship to avoid addressing problems. For example, a couple who is experiencing difficulties might focus on their daughter instead of working on their marriage, focusing on her activities and placing undue stress on her. This may, in turn, cause the daughter to experience significant anxiety. Another instance of triangulation might be seen when a son has a close relationship with his mother and relies on her for marital advice. This can generate tension both between the son’s partner and the son’s mother and between the son and his partner.

Triangulation can also interfere with a child’s development, since triangulation often leads the parents to view the child as a supportive peer rather than a child. Triangled children often end up in a scapegoat position, and scapegoated children have been shown to exhibit a tendency toward rage. Research has also shown that girls drawn into marital conflicts tend to show lower levels of personal maturity. College students who had been triangled as children were also found to experience more intimacy issues than their non-triangled peers.

Triangulation may be troublesome in a relationship if:

When recognized, triangulation may be best addressed by the individuals in the primary relationship. When a third member recognizes that triangulation is a problem, he or she should encourage the other two people involved to communicate directly about their difficulties. When triangulation persists or leads to increased stress, it can often be helpful to find a qualified therapist or counselor and explore possible causes of the conflict.