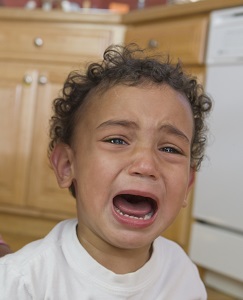 A tantrum is a strong emotional display, usually in response to anger, sadness, or frustration. While anyone can have a tantrum, the term is most often applied to the behavior of children.

What is a Tantrum?

A tantrum is a strong and sudden emotional outburst. Children having tantrums may scream, flail their bodies, cry, or become incoherent, often while throwing themselves on the floor. Adults might break things, yell, insult the people they love, cry, or make unreasonable demands of the people around them.

What Causes a Tantrum?

Tantrums occur when a person’s normal coping skills break down or are not sufficient to deal with a problem. Adults who have tantrums might be under severe stress, and some mental health conditions can cause tantrum-like behavior. The angry behavior of a person with depression or a manic episode by a person with bipolar, for example, might be deemed a tantrum.

Tantrums are considered by many developmental psychologists to be a normal part of child development, and are commonly associated with the “terrible twos.” However, the rate and severity of tantrums varies across cultures, and children in some cultures do not experience the “terrible twos.” In many cases, tantrums occur because a child does not have the verbal skills necessary to either express what her or she wants or understand the directions of adults. Exhaustion, frustration, hunger, inconsistent parenting, and difficulties with impulse control can also contribute to tantrums.

How Are Tantrums Treated?

A tantrum is not a mental health diagnosis, and most people have occasional tantrums. The severity of tantrums in children tends to improve as children get older. However, frequent tantrums that are more severe than developmentally appropriate could indicate autism spectrum symptoms.

Adults who have frequent tantrums may have a mental health condition, or may simply need help dealing with stress and developing appropriate anger-management strategies. People with behavioral outbursts may benefit from psychotherapy, life skills training, or medication.