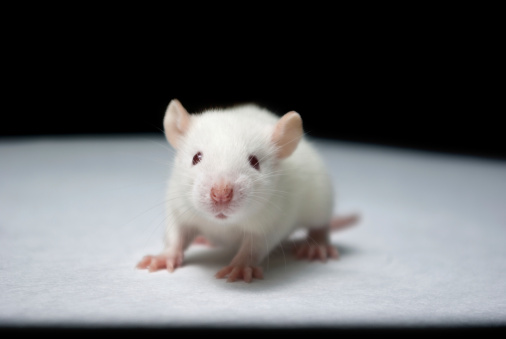 An operant conditioning chamber, colloquially known as a Skinner box, is a laboratory tool that was developed in the 1930s by B.F. Skinner. It is used to study free-operant behavior in animals and can be used to model both operant and classical conditioning.

What Is the Skinner Box?

Operant conditioning chambers are small environments designed to contain an animal subject. They are generally structured to block external light and sound in order to prevent distracting stimuli from interfering with experiments. The box ensures behaviors are conditioned appropriately and rewards are timed correctly. The purpose of the Skinner box is to analyze animal behavior by detecting when an animal has performed a desired behavior and then administering a reward, thus determining how long it takes the animal to learn to perform the behavior. If the goal of the box is to teach a rat to press a lever, for example, pressing the lever might cause food to fall out of a chute. The rat will likely only push the lever accidentally at first, but eventually it will learn food appears when it does so. Then the rat will begin to perform the behavior independently.

The Skinner box has been used in pharmaceutical research to observe the effects of drugs on animal behavior.

Criticism of The Skinner Box

B.F. Skinner’s behaviorist methods are generally widely accepted as basic teaching tools. However, because behaviorism does not require that an animal understand its actions, this theory can be somewhat misleading about the degree to which an animal actually understands what it is doing, when used to teach complex behaviors.

Skinner boxes have also been criticized by various animal welfare organizations as cruel, both because they tend to be small and because they often deprive the animal of all other stimuli, including species-appropriate social interaction.

Skinner’s 1945 invention of an air crib, a metal crib that had walls, a ceiling, and a front pane of removable safety glass, was meant to create a climate-controlled, healthier environment for infants. The parents of those infants who used the crib, including the Skinners, reported only positive effects, but because the crib was not publicized well, some linked it publicly to the Skinner box, assuming incorrectly that infants placed in the crib were being conditioned. Others were skeptical of using such technology in childcare, and some assumed that any child raised in such a crib might experience psychological damage. Eventually, rumors that Deborah Skinner had become mentally ill as a result of her experience in the air crib spread, persisting until Deborah publicly denied the stories in 2004.