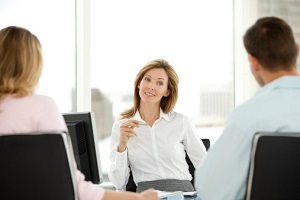 Persuasion is an attempt to change someone’s beliefs, opinions, or behavior without using physical force.

Persuasion is a form of communication that attempts to alter another person’s perspective or behavior. This kind of communication is ubiquitous, and most people engage in forms of persuasion every day. Mundane examples of persuasion might include asking for time off from work, convincing your spouse to go on a particular outing, or attempting to get a friend to leave an unhealthy relationship. Persuasion can also take on a more formal tone, such as when an attorney advocates for his client or a mediator attempts to get a divorcing couple to resolve a custody dispute.

The Psychology of Persuasion

Persuasion is an increasingly popular topic in popular psychology, and several books about how to more effectively persuade people have come out in recent years. There tends to be much interest in using persuasion for personal gain. For example, the pickup-artist movement, which aims to help men meet, impress, and seduce more women, has capitalized on many common persuasive techniques.

Many individual personality factors can affect how easily persuaded a person is. For example, a person with a poor body image is more likely to be persuaded by commercials that offer a remedy for his or her appearance, and people with low self-esteem are sometimes more easily persuaded in general. Relationships are also a key factor. A person is more likely to be persuaded by someone her or she respects, likes, or wants to impress.