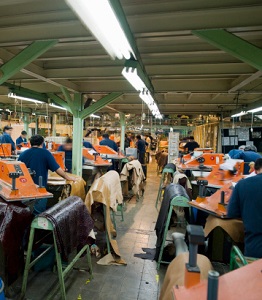 The Hawthorne Effect is a phenomenon in which individuals alter their behavior in response to being observed, and usually refers to positive changes. Workers participating in a study might, for example, temporarily become more productive as a result of being observed. The effect generally refers to alterations in behavior by participants in a research study. However, in organizational psychology it may be used more broadly to refer to any change in worker behavior that comes from being observed. For example, workers might behave differently when managers are around.

History of the Hawthorne Effect

The term “Hawthorne Effect” originated during a study in the 1920s in which researchers investigated the effects of illumination, financial incentives, and frequent breaks on worker productivity at the Hawthorne Plant of the Western Electric Company. The study then broadened to examine group dynamics and social relations within an organization.

Most researchers believe that the Hawthorne Effect is attributable to the fact that individuals participating in a study feel singled out and special and therefore subtly alter their behavior. However, industrial psychologist H. Mcllvaine Parsons has argued that the studies at the Hawthorne Plant did not demonstrate what they purported to. He pointed out, for example, that fear and uncertainty about the purpose of a study may alter worker productivity; it is not necessarily the “specialness” workers feel as a result of being participants the study that alters their behavior. Others have argued that novel conditions created by a study might not be properly controlled by experimenters, resulting in altered behavior.