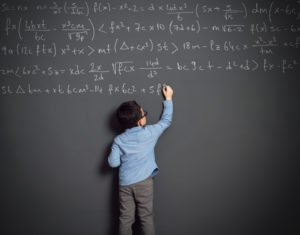 The Flynn Effect is the tendency of IQ scores to change over time, and specifically, the apparent increase in intelligence in the general population evidenced by a steady increase in IQ scores. It was first noticed by James Flynn.

What is the Flynn Effect?
Average IQ scores have been steadily increasing every generation. IQ scores are not absolute numbers, but rather, comparisons with the general population. Thus, an IQ score of 100 is always average and always indicates getting about the same number of questions right as the rest of the population.

However, IQ test creators frequently revisit and re-code IQ tests to establish criteria for assigning a person an IQ. Each generation of IQ tests becomes more challenging and is graded more harshly than the last because the general intelligence and knowledge of the population as a whole seems to be increasing. Each generation, when given the previous generation’s IQ test, tends to score substantially higher on the test than the previous generation did.

What Does the Flynn Effect Mean?
The Flynn Effect tends to undermine claims that IQ is absolute, that intelligence is innate, and that IQ tests test for an absolute quality. A number of factors may explain the apparent increase in human intelligence, including:

Flynn’s hypothesis was that IQ tests can’t measure intelligence directly, but instead only measure traits that are somewhat correlated with intelligence.