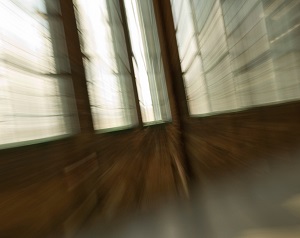 A blackout is the loss of memory for a specific period of time, and is usually used in reference to memory loss induced by alcohol or other drugs.

People typically use the term blackout to refer to memory loss due to alcohol consumption. The memory loss is temporary and lasts only for the time that the person is intoxicated. While the concept of a blackout is widely accepted in popular culture and is often used to justify inappropriate behavior while drunk, there is little evidence that people do not know what they are doing while they are drunk. A person who gets into a bar fight and who then blacks out and has no memory of the bar fight was likely still aware of the fight when it was occurring. However, his or her inhibitions were decreased by the alcohol.

A blackout can be complete or partial. In the latter form, a person might remember portions of the time during which they were intoxicated but struggle to remember everything. In a complete blackout, a person remembers nothing and might even not remember drinking. Complete blackouts can be extremely frightening and dangerous, particularly when someone wakes up in an unfamiliar location after drinking.

Alcohol can kill brain cells, and chronic substance abuse can interfere with brain functioning, including memory formation. However, a blackout is a different kind of memory loss that seems to only occur for the time the person was intoxicated. A significant increase in blood alcohol concentration could temporarily interfere with brain functioning, inhibiting the ability of the brain to process and encode new memories.

Dangers of Blacking Out

Excessive drinking in general poses several dangers, including psychiatric problems and cognitive issues. But the loss of memory is especially disconcerting, particularly for people who black out regularly. Blackouts can even cover up crimes. For example, a person who was date raped while drunk might have no recollection of the assault the next day.