Find a Therapist in Hawaii

Welcome to the Hawaii therapist directory at GoodTherapy.org. Our directory is the fastest and safest way to find a good counselor or therapist in Hawaii cities. We only include professional therapists, counselors, and psychologists whose work accords, in attitude and orientation, to the elements of good therapy. Find a therapist or counselor in your Hawaii zip code, or click on the links below to see the counselors in your city. If you are looking for telehealth therapy you can click here to see all Hawaii telehealth therapists.

Statistics from the United States Census Bureau show Hawaii was home to approximately 1.4 million people in 2015. For that same year, the Bureau of Labor Statistics (BLS) states that about 10,330 residents were employed in community and social service fields. Typical professions within this group include vocational counselors, parole officers, depression treatment therapists, child psychologists, marriage and family therapists, and counselors at residential treatment centers. In Hawaii, these workers earned an average yearly salary of $49,240. 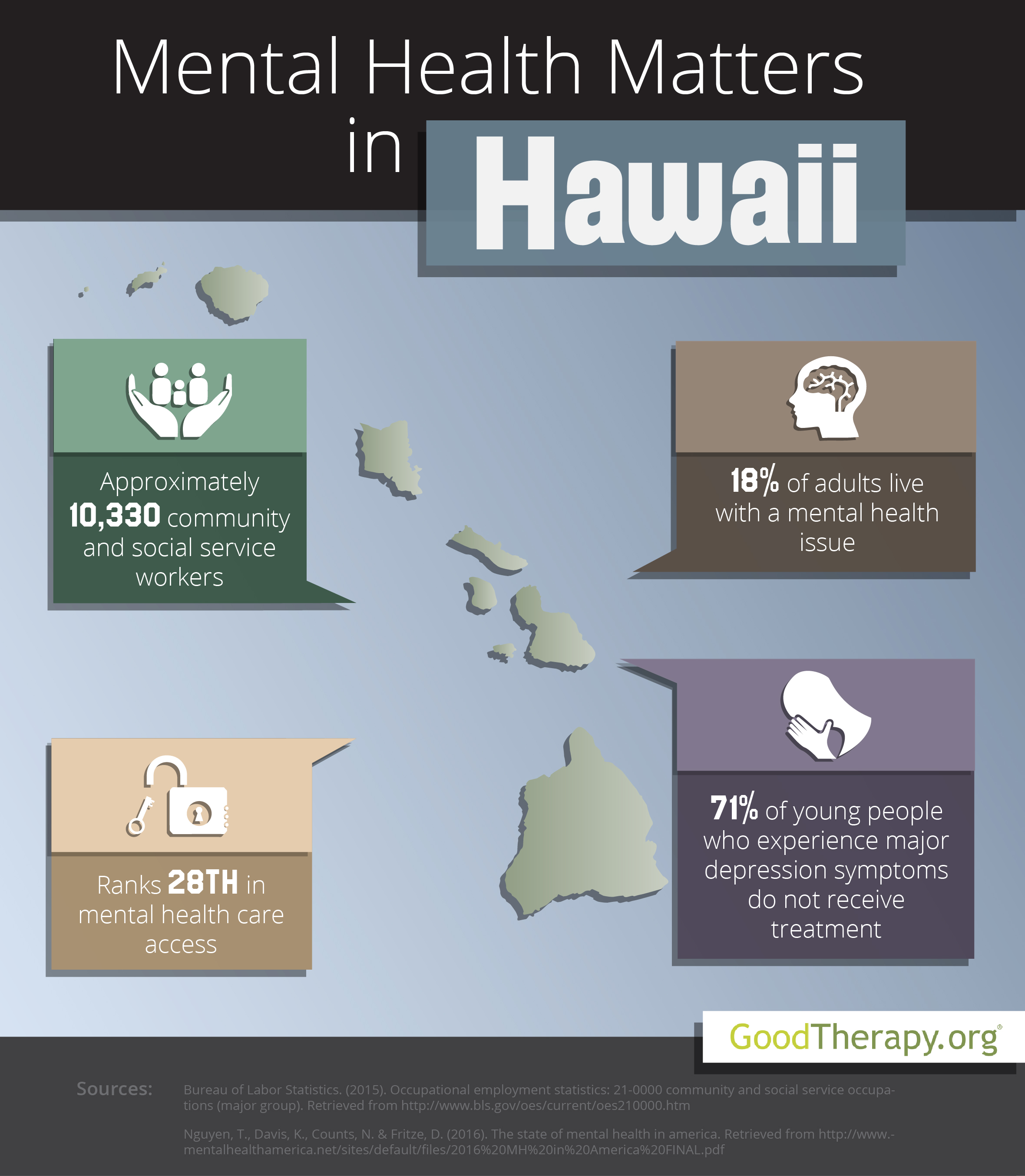 While Hawaii was among the top five states in adult ranking, it was last in youth ranking. Data from the 2016 MHA report states almost 7% of young residents experience substance abuse or dependence on drugs or alcohol—giving the state a rank of 48th in this category. According to the Substance Abuse and Mental Health Services Administration (SAMHSA) in 2012-2013, 78% of young people in Hawaii perceived no significant risk in smoking marijuana once every month—higher than the national percentage.

Researchers are also concerned about depression among young people as well as the effectiveness of mental health services in the state. Among teenagers with symptoms of major depression, almost 71% did not receive mental health services; only 19% received consistent depression treatment. The state was ranked 44th and 38th in these respective categories. Hawaii was ranked 51st for children who had private insurance that does not address mental and emotional issues. According to Mental Health America, children in Hawaii are 10 times more likely to be uninsured than children in Connecticut.