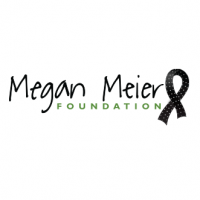 Tina Meier’s life was affected by tragedy in October of 2006 when Megan Taylor Meier, her 13-year-old daughter, died by suicide just a few weeks before her birthday. Megan took her own life after being cyberbullied by neighbors pretending to be a teenage boy on the social media platform MySpace. Tina says she never could have anticipated how much her life changed so quickly. She did know, however, that helping young people who were experiencing bullying, cyberbullying, and other bullying-related issues was a high priority for her.

By sharing Megan’s story, Tina hoped to raise awareness of the effects of bullying. She founded the Megan Meier Foundation in December of 2007.

The Megan Meier Foundation’s mission and vision are focused on supporting and influencing actions aimed at ending cyberbullying, bullying, and suicide. They work toward these goals by supporting initiatives and priorities that encourage society to continue celebrating individuality and being accepting of all types of people.

Tina, along with the staff of the Megan Meier Foundation, works to carry out the mission of this non-profit organization by providing bullying prevention education in 35 states to more than 270,000 educators, students, and parents. Through the provision of leadership workshops, rallies, conferences, and counseling sessions to those who have experienced bullying, the foundation continues its efforts to address and prevent bullying in today’s society.

Their ongoing dedication to their core values connects all the important work done by the foundation. These values include commitment, reputation, integrity, education, accountability, diversity, teamwork, and empathy. In everything the foundation does—from talking to students, parents, or community members about bullying and cyberbullying to offering counseling services to those who have been affected by all kinds of bullying or victimization—the imprint of their guiding principles is visible in all areas of their work.