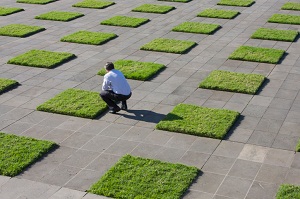 Disorientation is a feeling of generalized confusion that can interfere with a person’s ability to identify where he/she is, who he/she is, the time, or the circumstances of his/her location.

Disorientation can be a brief moment of confusion, and most people experience disorientation at some time or another. People often feel disoriented after waking up from a long sleep, when they are ill, or when they get drunk. But prolonged disorientation can be the result of medical issues, certain drugs, and psychological disorders. Medical causes include brain tumors, electrolyte imbalances, stroke, shock, serious infections, and poisoning. Many psychological disorders–particularly when left untreated–can cause feelings of disorientation. People with delusional disorders may appear disoriented, while people with personality disorders may struggle to cling to their sense of self. Extreme depression and anxiety can also lead to feelings of disorientation. Brain disorders that affect cognitive functioning and memory, such as dementia, often cause people to feel disoriented.

Drug use can cause disorientation, both during and after a drug is in the body. Prolonged substance abuse sometimes causes brain damage that can lead to chronic feelings of disorientation and decreased cognitive functioning. Reactions to some drugs may also cause some people to become disoriented.