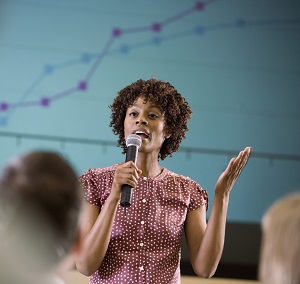 Direct communication involves saying what a person thinks and feels, and it is marked by active listening and effective feedback. It is clear, straightforward, and involves the two-way, free-flowing sharing of thoughts, feelings, and ideas. There is no pretense or hidden messages in direct communication; its purpose is quite simply to get or give information from one person or group of people to another.

Susan Heitler, PhD and GoodTherapy.org Topic Expert, defines direct communication as “putting into words one’s feelings and explaining one’s concerns.” Common sayings like “Honesty is the best policy” and “The squeaky wheel gets the grease” are reflective of direct communicators, who are quite adept at getting what they want (Joyce 2012). This is largely because direct communicators know how to spell out their needs to those who are in a position of being able to provide.

Additionally, Heitler points out that direct communication “leads to solutions,” while communicating thoughts and feelings indirectly, via such behaviors as stewing, pouting, gesturing, or skirting around an issue with co-optive words and phrases, does little to resolve a problem.

As an example, let’s say Mary and Greg, a married couple with two young children, are experiencing a moment of tension due to a lack of communication. She is feeling burdened by tackling kitchen and bedtime duty, while he feels the need to nap after dinner. Mary could easily bottle her feelings and grow increasingly frustrated with Greg’s lack of help, indirectly expressing herself via grunts, glaring looks, and exasperated sighs. Or, as Heitler suggests, she could confront the issue head on using direct communication, which might play out as follows:

Mary: “I’m feeling overwhelmed by cleaning the kitchen and also putting the kids to bed each evening. How would you feel about taking on kitchen clean-up?”
Greg: “If it’s okay with you that I nap right after dinner, when I always feel so sleepy, I’d be glad to clean the kitchen after I wake up.”

Often, the way we communicate stems from how we were raised or the culture in which we are immersed. Did our parents or guardians raise us to talk about what was going on inside of us, no matter whether we were feeling happy, sad, angry, afraid, or embarrassed? Or, did we grow up in a household where certain emotions were bottled up and unexpressed? The answers to these questions factor into how we communicate as adults. Our experiences in school settings and social circles also have a hand in shaping whether we communicate directly or indirectly with our peers and colleagues.

Scholars distinguish between high- and low-context cultures and how they impact our styles of communication. Direct communication is more common in areas that are considered low-context, which means they are more culturally diverse and emphasize such traits as individualism, independence, and self-reliance (Joyce 2012). People in such environments are accustomed to encountering a wide range of people with differing communication styles, so the directness helps in accomplishing interactive tasks and making social connections.

For example, Ginger has been traveling for her job as an investment consultant several times a year for 10 years. She has flown all over the world, and has had to interact with people from a variety of backgrounds. As such, she has learned that in order to get her messages across, she must be direct. When Juan, the disgruntled client she is meeting for a business dinner in Argentina, shows up with a sour face and tight lips, she immediately expresses her desire to make things right. Upon realizing that Ginger has no intention of beating around the bush, Juan immediately opens up to her about the reasons for his obvious displeasure. Thanks to Ginger’s directness and Juan’s honesty, the potential communication blocks to deepening their business relationship were dissolved.

Say, for example, Mario comes from a background of loud verbal communication during meal times and is invited to share a meal with his girlfriend Chloe’s family, who follow the “speak only when spoken to” rule and are therefore used to being extremely quiet and reserved at the dinner table. When Mario shows up and boldly voices his greetings and opinions while gobbling everything in sight, he is met with wide eyes and awkward silences. He senses that he is somehow breaking code, but can’t quite figure out what he’s doing wrong. It isn’t until Chloe pulls him aside and tells him directly that her family is not used to someone saying and doing as he feels that Mario understands.

This is why learning the dos and don’ts of a new environment often includes familiarizing oneself with the acceptable modes of communication.