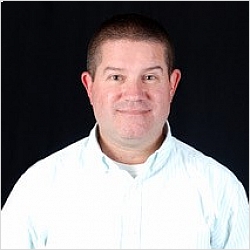 Donald joined the United States Marine Corps spending eight years on active duty, obtaining the rank of Sergeant. From the Marine Corps, Donald spent six years working in the telecommunications industry. In 2004, Donald became a corrections officer in New Hampshire for four years. Upon Returning to Massachusetts, Donald enlisted in the Massachusetts Army National Guard as a Sergeant in the Military Police.

Donald enrolled into the Veteran’s Administration Vocational Rehabilitation Program where he obtained his Bachelor’s in Social Work at Bridgewater State University. Donald was accepted to Wheelock College’s Master’s in Social Work Advanced Standing Program and obtained his MSW in the summer of 2017. Recently, Donald obtained his license for a Licensed Certified Social Worker. Currently Donald has over two years in the substance abuse field, where he started as an intern then held the positions of Senior Clinician, Intake Coordinator, and Clinical Supervisor. Donald specializes in Trauma Informed Care with first responders and military personnel, family support and relationships, and teaching coping skills relating to addiction.

Ages I Work With

See other therapists in Quincy, MA.