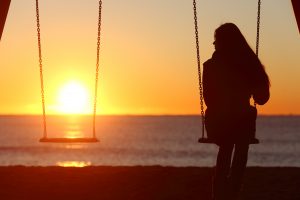 Major depression is increasing among adolescents and young adults, especially teenage girls, according to a review published in Pediatrics. One in six teen girls reported experiencing depression in the last year.

To assess trends in depression, researchers pulled data from the 2005-2014 National Surveys on Drug Use and Health. The representative surveys offer cross-sectional data on the general United States population. The data included information on 172,495 adolescents ages 12-17 and 178,755 young adults ages 18-25.

Annual depression trends revealed an increase in the diagnosis. In 2005, 8.7% of teens experienced major depression, which rose to 11.3% in 2014. This equates to an increase of more than half a million teenagers experiencing depression each year. The increase mostly occurred between 2011 and 2014, with depression rates remaining relatively stable between 2005 and 2011. In young adults, the rate rose from 8.8% in 2005 to 9.6% in 2014, but only for adults between the ages of 18 and 20.

Teen girls experienced a greater overall increase in depression than other demographic groups, with reports of depression rising from 13.1% in 2005 to 17.3% in 2014.

The study did not assess potential causes of the increase, but an editorial accompanying the study points to potential factors. Social media and cyberbullying are increasing sources of stress for young people, and there is evidence that girls may be exposed to more cyberbullying than boys due to more frequent mobile phone use. Economic factors and neighborhood violence could also play a role.

According to the study, young adults who had depression were more likely to be unemployed or employed only part-time. They were less likely to be married and more likely to have low incomes. The researchers did not discover a significant increase in the use of mental health services over the study period, suggesting many young people with depression do not get the help they need.

Depression can lead to suicide, particularly if left untreated. Research also suggests the suicide rate is rising. Data from the National Center for Health Statistics show the suicide rate increased 2% every year from 2006-2014, reaching a 30-year high in 2014. That year, 42,773 people died by suicide.

The study’s authors call for further outreach efforts in schools and college health centers, as people who work in those places are often in the best position to detect any mental health concerns and direct young people to appropriate resources.