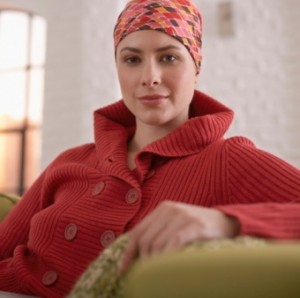 Last month I attended and spoke at C4YW, a conference sponsored by Living Beyond Breast Cancer and the Young Survival Coalition. The conference was for women under the age of 45 who have been diagnosed with breast cancer. The two women in this post are based on composites of numerous women at the conference.

“Marsha” is 25 and has never had children. “Erica” is 31 and the mother of two. Both felt something abnormal in their breasts during self-examination. Marsha’s primary-care doctor agreed with Marsha that something wasn’t right and referred her to a breast surgeon. Erica’s ob-gyn said she thought everything was fine, and that there was nothing to worry about. Marsha’s breast surgeon diagnosed her with mastitis, an inflammation of the milk ducts. Marsha thought this was odd because she had never breastfed, but given the fact it was a breast surgeon telling her this, she went along with the diagnosis and took the prescribed course of antibiotics.

Meanwhile, a year went by for Erica. She still felt an abnormality in her breast, reported it to her ob-gyn, and was still told that everything was fine.

Back to Marsha: Her “mastitis” didn’t improve with antibiotics, and the abnormality in her breast was getting bigger. The breast surgeon gave her another course of antibiotics. Again, Marsha’s gut told her that something else was going on, but again, this was a well-respected breast surgeon. Surely he knew what he was treating, right?

In spite of what her ob-gyn told her, Erica decided to visit a breast surgeon. The surgeon found a lump that ended up being breast cancer. Sadly, the cancer had already metastasized, which meant Erica had stage IV breast cancer—treatable but incurable.

After Marsha’s second course of antibiotics, her breast lump started protruding more. She also found herself getting short of breath easily, which was unusual for her. Marsha went to a new breast surgeon. Like Erica, she was found to have stage IV breast cancer, which had already metastasized to her lungs, explaining her shortness of breath.

Marsha and Erica are just two examples of the many young, previously healthy women whose lives are turned upside down and shortened by breast cancer. I share these stories with you because of the continued misinformation that remains regarding young women and breast cancer. Only about 5% of breast cancers are diagnosed in women under 40. So, while it is not commonly found in young women, it does happen.

Mammography is not a reliable screening tool in young women because of the denseness of their breasts. Therefore, the importance of monthly self-examination cannot be emphasized enough. If something is found during self-exam, get it evaluated without delay. Some reasons women don’t go to the doctor are: I can’t possibly have cancer because I don’t feel sick; the doctor will be upset with me if it isn’t a cancer; I don’t want to take up the doctor’s time; or I just can’t deal with this. Also, as noted above, a medical provider may not always be thinking about breast cancer in a young woman. The take-home message from this post is this: Trust your gut instinct. If you feel that something is not right, get a second or even third opinion.

In my next article, we will discuss the psychosocial issues that are of concern to young women with breast cancer.

“Know that you can always choose your own inner peace—regardless of circumstances.” —Jonathan Lockwood Huie