Yoga for Balancing Mind and Body 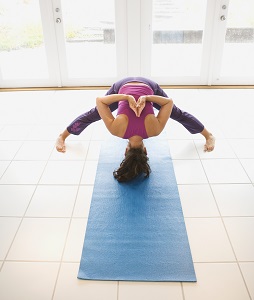 Yoga is in ancient practice that originated in India but has gained considerable popularity in the US. Breathing exercises, postures, and meditation are core components of yoga. Although many people develop a yoga practice to become more physically toned or flexible, the benefits of yoga are purported to extend to calming the mind and balancing the emotions.

In recent years, a number of studies have examined the potential benefits of yoga to improve mood. Although all of these studies have fallen under the broad heading of “yoga,” some have evaluated the potential benefits of breathing exercises, whereas others have looked at the impact of yoga postures, and still others have looked at some combination of the two.

In one study, participants who had severe depression were asked to practice Shavasana (lying on one’s back and breathing rhythmically) for 30 minutes per day, for one month. Those who have taken yoga classes will recognize Shavasana as a common end to the day’s practice. In the aforementioned trial, practicing Shavasana was associated with a significant reduction in depressive symptoms by the middle of the treatment, and this improvement was maintained at follow up. In different study, engaging in Iyengar yoga asanas or postures was shown to alleviate mild symptoms of depression in participants who did not have a formal diagnosis of depression.

Another type of yoga practice, Sudarshan Kriya Yoga (SKY; a series of specific breathing techniques), has been evaluated to determine whether it would reduce depressive symptoms. In one trial, SKY was compared to electroconvulsive therapy (ECT) and drug therapy. After one month, benefits were seen for all three therapies. Although the reductions in symptoms associated with practicing SKY were not as great as those associated with receiving ECT, they were comparable to the changes seen in those receiving imipramine (an antidepressant), without producing the sides effects often associated with drug therapies. SKY has also been shown to decrease symptoms of anxiety in other research.

Other studies evaluating yoga postures and breathing have found that they may reduce stress in patients with stress-aggravated medical conditions, such as irritable bowel syndrome, chronic pain, and hypertension. Thus, the research to date suggests that yoga practices may help those who struggle with mood issues, as well as those whose physical illnesses are worsened by stress.

People who practice some form of yoga have often developed a greater capability to pay attention, increased ability to deal with stress, and improved pain coping for those with a chronic pain condition.

Several years ago I happened upon a simply written but instructive book called Beat Fatigue with Yoga. The author, who had suffered from severe chronic fatigue syndrome for years, found that engaging in gentle, simple yoga postures significantly improved her energy levels and helped her to become more physically functional over time. Given how often depressed and anxious people also report significant fatigue, it seems worth mentioning this resource. In my own clinical practice I have observed that people who practice some form of yoga have often developed a greater capability to pay attention, increased ability to deal with stress, and improved pain coping for those with a chronic pain condition. Thus, yoga may be a beneficial component of one’s mood management regimen.

It is important to note that many trials of yoga have had design flaws that make it difficult to definitively recommend yoga as a therapy for mood symptoms. Yet, the results are encouraging and consistent with what many people have reported personally. As with any exercise program, it is important to consult with a health care professional prior to beginning a new regimen, particularly for those with medical issues. Yoga breathing exercises such as those featured in SKY practice may not be suitable for those with panic issues, bipolar, or other conditions.