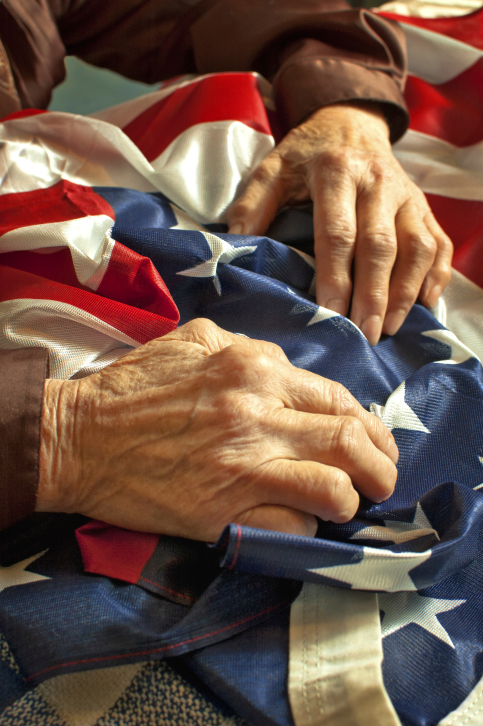 Wounded Warrior Project’s Steven Nardizzi, the chief executive officer, and Al Giordano, the chief operating officer, were fired at a meeting of the charity’s board of directors last week.

The termination comes in the wake of allegations that the organization, which purports to help veterans recover from mental and physical health concerns, wasted millions of donation dollars on lavish conferences, hotel rooms, and even bar tabs. In 2014, the group’s tax returns indicate that Wounded Warrior Project spent $26 million on conferences. This is similar to the amount it spent on its combat stress recovery, and marks a massive increase from 2010’s conference spending of just $1.7 million.

According to Charity Navigator, Wounded Warrior Project spends 60% of its donations on veterans, and dedicates 34% of its budget to fundraising. Seven out of 10 charities rated on the site allocate at least 75% of their budgets to the programs to which each charity is dedicated.

The U.S. Centers for Disease Control and Prevention (CDC) issued new guidelines to combat the epidemic of prescription drug abuse. Some pharmaceutical companies, doctors, and patient advocates have argued that stringent controls on prescription painkillers might limit access among patients who live with chronic pain. The new guidelines attempt to balance these competing interests, offering 12 guidelines. Those include using opioid pain medications only when necessary, prescribing the lowest effective dosage, and avoiding the joint use of opioids and benzodiazepines.

The End of Prescriptions as We Know Them in New York

Beginning March 27, New York will require doctors to author electronic prescriptions in most cases, eliminating the use of prescription pads. The move is intended to curb the state’s rate of prescription opioid abuse by making it more difficult for patients to forge prescriptions. The requirement is part of a larger addiction-combating program known as I-Stop, which also requires doctors to submit prescriptions to a registry that lists all controlled substances that have recently been prescribed to a patient.

Centers to Treat Eating Disorders Are Growing, and Raising Concerns

Thanks in part to the Affordable Care Act, inpatient eating disorder clinics are becoming increasingly common. A decade ago, there were just 22 nationwide, but now there are 75. The centers often present themselves as luxurious resorts, but their apparent dedication to profit concerns some experts. Making money may be the primary goal of some faculties, potentially undermining the quality of treatment residents receive.

Denmark is Once Again the Happiest Country in the World

According to The World Happiness Report’s 2016 numbers, Denmark is the happiest nation in the world. The country also topped the list in 2013 and 2014. Switzerland, Iceland, Norway, and Finland round out the top five. Happiness is lowest in war-ravaged regions such as Afghanistan, Syria, and Rwanda.

Spinal cord stimulation could reduce emotional responses to chronic pain, according to an Ohio State University study. The study examined 10 chronic pain patients who gained some relief from a spinal cord stimulator, suggesting pain may be a complex mix of cognition, emotion, and physical sensations.

Medical students may be at a higher risk of alcohol abuse, with student debt and burnout contributing to stress that leads to drinking. Researchers surveyed 12,500 medical students, and about a third responded. Of that group, 1,400 participants showed signs of alcohol abuse or dependence. In the general population, the rate is about 16%.