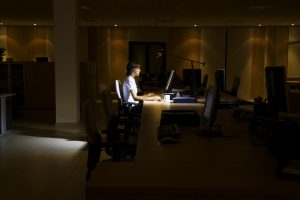 Workaholics are likely to experience symptoms of mental health diagnoses such as attention-deficit hyperactivity (ADHD), depression, anxiety, and obsessive compulsion (OCD), according to a Norwegian study of more than 16,000 workers published in PLOS One.

American workers consistently report high levels of workaholism. Research has shown Americans work longer hours than any other nation in the industrialized world. An Ipsos Global and Reuters survey ranked the United States as the fifth most workaholic country in the world, with 43% of Americans letting paid vacation days go to waste.

Researchers at Norway’s University of Bergen looked at the connection between workaholism and mental health conditions in 16,426 working adults. Participants ranged in age from 16-75 years, with a median age of 37.3 years.

What Does Workaholism Mean?

To assess addictive workaholic tendencies, researchers used seven criteria ranked on a scale of 1 (never) to 5 (always). They diagnosed people who scored a 4 or 5 on four or more items as workaholics. The criteria included: