Is Your Profession Putting Your Marriage at Risk? 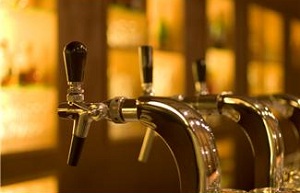 According to a recent study conducted by Dr. Michael Aamodt and clinical psychologist Jo Lamble, certain professions have higher rates of divorce than others. The results of the study are discussed in a recent article in which Aamodt says that his research, which was designed to debunk the myth that police officers have the highest divorce rates, revealed that entertainers, dancers, bartenders, and masseuses have nearly 40% divorce rates, the highest in the study. Aamodt says that the divorce rates among police officers are actually slightly lower (14.5%) than divorce rates in the general population (16.3%). The professions that employ individuals least likely to divorce are optometry, podiatry, and dentistry. The study found that of all the 449 occupations examined, agricultural engineering had the lowest divorce rate, at less than 2%.

The study’s coauthor, Jo Lamble, believes that certain professions provide environments ripe for infidelity. Lamble says, “Dancers, choreographers, bartenders, and massage therapists have plenty of opportunity to not only meet people but to get up close and personal with the people they meet.” These professions involve physically close contact and can open the door for emotional infidelity that can quickly lead to sexual activity. Stressful professions, such as the mental health field or medical field, demand a large amount of attention and can deplete resources that would otherwise be spent on a partner. When people are emotionally taxed at the end of their work day, they may not be able to fulfill the needs of their partner.

Kylie Dunjey, a counselor at Relationships Australia, also believes that people working in nurturing careers may be more vulnerable to infidelity. She thinks that certain professions attract certain personality types. Entertainers are typically more impulsive than dentists, and this could increase their risk for impulsive sexual and emotional behaviors, said Dunjey. Overall, the results of this study suggest that profession does not predict marital stability. Rather, it is the nature of the profession, and the personalities that are drawn to it, that can shed some light on which individuals are more likely to divorce and why.