Why Your Social Media Friends Have More Friends Than You 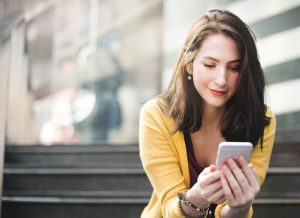 On most social media platforms, your online connections are probably more popular than you are. Users’ friends also tend to post more, have more influence, and receive more feedback on their posts, according to research published in PLOS One.

The culprit, according to the study, is the hierarchical nature of social media networks and relationships. Popular users rarely follow people less popular than them. Instead, a social media user might follow a friend with a larger number of connections. That friend, in turn, may then follow a local celebrity with even more connections, and the local celebrity may follow a national celebrity with millions of connections. In this scenario, each individual user is left with friends who have a wider reach than they do.

To explore this paradox, researchers worked with two data sets of posts to Twitter. The first contained more than 470 million tweets by 18 million users, including more than 20% of tweets posted over seven months beginning in June 2009. A second data set included all links between users who joined Twitter before August 2009, including 5.8 million users, 193 million links, and 200 million tweets. Repeat tweets were discarded, allowing researchers to look only at original tweets.