Why I Don’t Use the Word ‘Forgiveness’ in Trauma Therapy 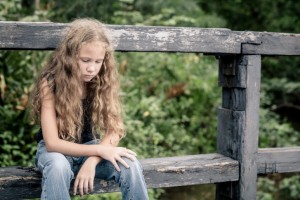 If the title of this article threw you off a bit, it’s OK—I understand why it would. After all, forgiveness is quite the hot topic. Religious leaders, spiritual gurus, and even some mental health professionals emphasize the importance of forgiveness as a part of finding true happiness and freedom. I get where they are coming from. I can understand how forgiveness could be beneficial in some circumstances. For example, if a loved one says something uncharacteristically harsh in the heat of an argument, and you would like to keep that person in your life, it may be beneficial to understand that we all sometimes say things we don’t mean when we are upset and to forgive him or her in order to move forward in the relationship.

I work with people who have experienced horrific traumas at the hands of other people. These traumas include acts of sexual abuse, rape, exploitation, and physical and emotional abuse. Some of the perpetrators are relatives and some are not. Regardless, the degree of trauma in each of these cases is significant and has had a major impact on their lives and well-being.

The people I work with in the therapy room are resilient and courageous. They are able to work through their traumas, but many get caught up on one point: They believe they are supposed to forgive the perpetrator but can’t seem to get there.

This is what I tell them: You don’t have to forgive in order to move on.

Understand that if a person comes in and finds that the word “forgiveness” resonates, I do not discourage it. We roll with it. But often people struggle with this word, and rightfully so. They do not want to imply what happened to them was in any way OK. They don’t want to excuse the perpetrator’s behavior. They feel the perpetrator is not deserving of forgiveness. The worst thing I can do as a therapist is to talk people out of the way they feel.

Emotions are important and automatic. When we can acknowledge and appreciate even the darkest, most negative-feeling emotions, they often soften and release. As soon as I say, “You don’t have to forgive,” the person usually breathes a sigh of relief.

It is equally important for others to refrain from pushing someone into forgiving a perpetrator. Even if the intention is coming from a good place, trying to get someone who has been violated to forgive can feel like being victimized all over again. Instead, it is more helpful to validate that the person is entitled to his or her feelings. Being a listening ear instead of trying to fix the issue is much more supportive and healing. The person needs to be able to have a voice and express what he or she is feeling and thinking without the fear of judgment.

The brain and body are so intelligent. It is important to allow the natural process of working through trauma to happen and to remove any barriers that may get in the way. This includes the belief we aren’t supposed to feel “negative” emotions or that we have to forgive. Once we remove that expectation, the natural process moves through. Even if someone doesn’t get to a place of forgiveness, he or she can still move on, unburden themselves, and thrive.