Why the First Few Minutes with Your Partner Today Are Crucial 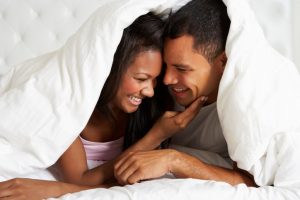 When you come home at the end of a workday, do you notice a difference in how the evening goes depending on how you and your partner greet each other? Similarly, do you notice any patterns in the outcome of an argument with your partner based on how the issue is presented? Those first few minutes can have a terrific impact on how the rest of that exchange, and the next several hours, may go, and may ultimately set up your relationship for success or failure.

The First 4 Minutes Together

Imagine walking in the door to your partner handing you a stack of bills and then turning to a household chore while they tell you the oil light in the car is on again, the dentist says one of the children needs braces, and an extended family member you do not look forward to seeing is visiting next week. Or worse, your partner greets you by telling you all the ways you disappoint them.

Now imagine walking in the door, seeking out your partner wherever they are, and—before discussing the latest family news or obligations—taking a few minutes to sit close while you both talk about how good it is to see each other and how you are glad to be sharing life together. Or better, add a few kisses and hugs to the greeting.

Begin each day with some kind words to each other. In the evening, whoever gets home last is to find the other person. Focus total, positive attention on each other for at least 4 minutes. At the end of the experiment, consider how you feel about each other and yourselves.

Zunin and Zunin (1972) believe the first 4 minutes when a couple awaken together, and the first 4 minutes after returning to each other at the end the workday, are critical to the success or failure of the partnership. If, for example, a couple begins each day with complaining, listing the trivial tasks to accomplish that day, or insisting one partner cannot talk to the other until after the third cup of coffee, this sets a negative tone for the day that over time erodes the warm, loving feelings between the couple. If, on the other hand, the morning’s opening minutes are spent on something mutually pleasurable, such as caressing or rubbing a partner’s back or neck while gently saying, “Good morning,” it reinforces the foundation of the partnership.

Zunin and Zunin (1972) also believe the 4 minutes when many couples meet at the end of a workday are an opportunity to renew the most gratifying feelings they have for each other. As an experiment, try this with your partner by talking about what would help you each feel more connected. Begin each day with some kind words to each other. In the evening, whoever gets home last is to find the other person. Focus total, positive attention on each other for at least 4 minutes. At the end of the experiment, consider how you feel about each other and yourselves.

Couples who have less aligned work schedules may need to be more creative. Those who work vastly different schedules, such as one works days and the other nights, may schedule a few minutes when they pass each other at home. Similarly, couples including a partner who travels a majority of the time may want to select an appointed time to talk for a few minutes, and stick to a plan to spend the first few minutes renewing positive feelings for each other.

The First 3 Minutes of Conflict

How important are the first few minutes of a conflict with your partner? In one of the many studies on couples performed by The Gottman Institute, Carrére and Gottman (1999) observed 124 newlywed couples, married for the first time for less than six months, to learn if it was possible to predict divorce or marital stability based on how a couple interacted in a conflict. The couples were video recorded while participating in a marital interaction session in which they were asked to discuss a marital issue that was ongoing along with two recall sessions in which the couple viewed their initial session. The couples completed questionnaires and were followed up with annually for between four and six years.

The results were fascinating. Using quantitative data of the couples’ affect, it was possible to predict whether the couples would divorce or remain married by observing just the first 3 minutes of interaction in conflict. If, for example, issues were introduced as complaints about a specific behavior, the receiving partner was less likely to respond defensively or negatively, and the couple was more likely to report marital stability years later. If, on the other hand, issues were presented with criticism of the partner that suggested the partner is bad or wrong in some way, the couple was more likely to divorce.

What This All Means

While the entire interaction with a partner matters, the first few minutes can be crucial. By allocating a few minutes at critical times in your day to let your partner know you are on their side, and by being more thoughtful about how you present concerns, it is possible to create a more loving, lasting bond.