Why Do I Feel This Way? Over-Coupling and the Stress Response 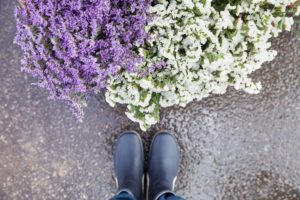 “I don’t know why, but every time I start dating someone new, I lose interest after three or four dates—even if they are really cool.”

“This time of year just makes me miserable. I don’t know what it is, but it makes me drink more just to be able to stand it.”

“I’m so discouraged by these panic attacks. I never know when they’re going to hit. They’re ruining my life.”

“I’m 30 years old, and I haven’t ever seriously dated anyone because of my social anxiety. It just gets in the way, all the time.”

These are a few of the typical complaints I hear when I meet with someone for the first time. These problems all sound pretty different, don’t they? Chances are, however, that they share an underlying process. We can credit Dr. Peter Levine, founder of Somatic Experiencing, for clarifying this process for us. His life’s work synthesizes vast amounts of research, therapy practices, and worldwide cultural traditions with his own original contributions.

Dr. Levine calls this underlying process “over-coupling.” Over-coupling takes place when trauma energy sticks two things together that shouldn’t be. Our brain perceives some stimulus, one that could be innocuous to others, and then has this lightning quick reaction based on its learned history: “If there’s this, there’s also going to be that—and that is really bad, so let’s rev up the fight or flight energy!”

Over-coupling involves the parts of the brain known as the limbic system, or our emotional/threat response, and the reptilian brain, which is in charge of body regulation. When these systems perceive a potential threat, they go into a stress response. Trauma can occur when that threat feels overwhelming or bigger than our ability to effectively cope with it, and the energy from that stress response gets stuck in our systems, under the surface. The unconscious layers of the brain and body want to avoid any situation like that ever happening again. So when something feels similar to the big, bad thing that happened in the past, our reptile brains lock into the same threat response as the previous time. This happens whether or not the logical mind is aware of any similarity between the previous and current situations.

That is over-coupling. Like a creaky old suit of armor, it’s meant to protect us, but what it really does is get in our way, preventing us from freely living our lives.

When our limbic, or emotional/threat response, and reptile, or body regulation brains perceive a potential threat, they go into a stress response … The unconscious layers of the brain and body want to avoid any situation like that ever happening again.

Let’s explore the above examples with this new awareness of over-coupling.

Since these conditions usually involve the body’s unconscious trauma energies, which can be tricky and powerful, treatment is best left to someone with specific training in this area. Personally, I will always be grateful for my own continued training in somatic psychotherapy and for Peter’s contributions in the area of coupling dynamics.

In a future article, we will examine under-coupling, which occurs when something feels so overwhelming that the body numbs it out. Under-coupling is even more tricky, as it usually takes place beneath the level of the person’s conscious awareness and shares a special relationship with over-coupling. In the meantime, I invite you to start having compassion for any over-coupling you might notice going on in your own system. As frustrating as it might be, it is trying to protect you!