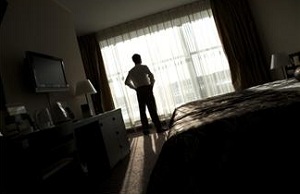 The pain of divorce is often unbearable. The experience can be so awful that you wonder whether it would have been easier to stay married or even to be dealing with some other horrific life event like death. The depth of pain is often surprising, particularly when you know you don’t want to be married anymore. What many people forget is that divorce is just a fancy word masking what is truly a broken attachment between two people. Divorce is more than separating assets and belongings.  It’s the severing of a very strong bond founded on deep feelings of dependency and need. Believe it or not, you developed an attachment to your partner over the course of dating and marriage that connected you on an emotional and physiological level beyond what you realized.

When two people get married they are vowing to be committed and to love one another, but they are also pledging to become “attached.” This attachment is unspoken and unknown to both, but it is the most powerful connection anyone can have to another person in a love relationship. According to author Helen Fischer in her book Why We Love, our “cuddle chemicals,” namely oxytocin and vasopressin, contribute to the sense of closeness and attachment couples feel toward each other in a love relationship. These bonding hormones promote a sense of fusion between lovers that deepens attachment and a sense of oneness. This biological phenomenon explains the depth of devastation felt when the attachment is broken and the physiological symptoms that become activated when attachments are severed. The response is often primal, leading to thoughts, feelings, and behaviors that might never surface in any other context of life.

The end of a marriage is one of the most emotionally painful human experiences. Thinking about the experience of divorce within the context of attachment generates a greater sense of empathy for what you might be feeling. It explains the levels of rage, vindictiveness, grief, and despair that so often accompany this common life transition. We too often think of divorce as a noun or a verb, but it is actually a relational trauma that has a physiological and emotional effect. You may be creating more suffering for yourself by resisting what you are feeling or telling yourself that you are overreacting.

Recognize that the end of your marriage represents much more for you than you may realize. If you were a small child and the person you depended on most was suddenly unavailable to you, there is no doubt you would have a strong reaction. The end of your marriage is no different. Give yourself the time and space to heal and repair. You are not damaged, just temporarily devastated, and the recovery will come with time. Divorce is not just a matter of the heart but an experience that impacts the whole person on a multitude of levels.