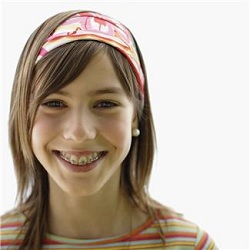 The Internet is awash in opinions about children 12 and under viewing The Hunger Games, or not. There are professional, parental, grandparental, educated, and miscellaneous opinions, enough to make a reader dizzy. What do we really know about the human penchant for watching violence and its effect on children, adolescents, or adults? The answer is (drum roll), almost nothing. Effects are difficult to pin down when there are so many variables up front. Even so, if a child watches a movie that is inappropriate to that child’s level of development, the impact it has on his or her life is likely minimal compared to the imprint of life events within and without the home.

Different Worlds, Different Reactions
The outcome of one study reveals that emotional reactions to media images are different from those elicited by events in reality. Researchers believe there are two possible explanations for this. The first is that what we feel while watching drama is weaker than what we feel when seeing real events. Because the sensations are weaker, people can experience them in a pleasurable way.

The second possibility is that emotions felt when looking at images may be of a different quality than those triggered by the same situations in real life. So, when violence is viewed one step removed from reality, the emotions it triggers may be one step removed from “real” emotion. A study done in Sweden corroborates this theory. Swiss researchers observed that preschool children watching violent cartoons had joyful facial expressions. When they watched realistic violence, the same children had negative reactions; they were clearly distressed.

This is not to say media has no effect on kids and that parents should let children watch anything. Almost all of us have been frightened or disturbed by a movie for a long time after the credits rolled. We can be slimed by images and their associated feelings. They stick in our minds as frightening possibilities.

The Minds of Tweens and Adolescents
Why is The Hunger Games so attractive to tweens (ages 10-12) and adolescents? Harold Koplewicz, a child and adolescent psychiatrist, points out that between the ages of 11 and 24, our brain hums with revolutionary activity, and emotional development gets ramped up before we have adequate impulse control. (Sounds like a recipe for angst.) Koplewicz writes that in adolescence “you’re freezing, you’re boiling, you hate (everyone), you love them. You have very deep and well-felt emotions, but it’s very hard.” The Hunger Games captures this inner turmoil by showing adolescents fighting for their lives, with no adults present to help them. Tweens and adolescents can relate to the predicament.

If Koplewicz is right, most young people are not attracted to the violence in The Hunger Games, but the characters’ dilemmas resonate with them. If this is the case, then watching the movie can be viewed as an exploration and validation of their feelings and thoughts.

Children and Violent Media
Some children are more attracted to media with violent images than others. There are no black-and-white criteria to define who these children are, but there are characteristics that they have in common:

Children attracted to viewing violence tend to:
•    Be male
•    Have a higher than average need for emotional arousal
•    Show a high level of aggression
•    Be curious about what is forbidden (some of them)
•    Like seeing justice restored (some of them)
•    Distance themselves emotionally from the violence in view

Young people of both sexes find violent images more attractive when background music, editing, and special effects give clues to their unreality. Predictable outcomes, viewing in a safe environment, and just resolutions also make disturbing scenes more palatable. It’s helpful to keep in mind that violent entertainment is not as popular as other forms, such as comedy. Similarly, adults and children attracted to violent sports may not be giving in to “blood lust.” Violent sports allow expressions of excitement and controlled emotional arousal. There is some evidence that viewers are attracted not to the violence but to the passion and commitment the athletes demonstrate.

On the Other Hand
While research makes our penchant for violent media more understandable, maybe even normal-ish, it doesn’t change the fact that violence is not usually foisted upon us; we have a choice about what we watch, and we need to take that responsibility seriously.

Eugene V. Beresin, MD, writing for the American Academy of Child & Adolescent Psychiatry, points out that that multiple studies have confirmed a correlation between exposure to media violence and increased aggression in children. Those who have been victimized are especially prone to see violence as an acceptable way to solve problems and to act out what they have seen on the screen. Children repeatedly exposed to violence at a young age also may become desensitized to it and less empathetic in general. The American Academy of Pediatrics recommends that parents and educators become more media literate, so that they understand how violence affects children and are prepared to discuss what is being viewed and to help children learn to interpret what they see. Children also need to be given tools for conflict resolution.

It seems that our world is emotionally between the ages of 11 and 24, and our collective brains are humming with revolution. As Harold Koplewicz suggested, we have emotional development but are not good at controlling our impulses. When viewing our world in terms of adolescence, The Hunger Games story is comparable to aspects of our history and current events. And, setting aside all religious beliefs, there are no adults around to protect us, either.