Whitney Houston and the Pain Inside Us 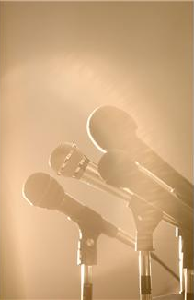 We don’t really know yet what caused Whitney Houston’s death. Many people are deeply moved by her life and her death. Some are wondering “what was the real cause of her suffering and her death”? Others are mourning the increase in pharmaceutical deaths by celebrities. Some people are blaming her friends for colluding with her drinking champagne and beer that last day, even though she was on prescription medication. Others are considering the responsibility hers.

During Piers Morgan’s interview earlier this week, Kenny “Babyface” Edmonds and David Foster both stood firmly in their belief that everyone is responsible for him/herself. They spoke about Whitney’s “demons,” about her having carried pain, which is why she could sing with such feeling and “make” people feel with her singing. They spoke about her having had a tortured life, something from childhood.

Maybe they don’t know it.

It’s so sad if they don’t. So sad that famous, wealthy celebrities don’t know that there are people who can help them heal their suffering to the core. Celebrities like Michael Jackson, Amy Winehouse, Whitney Houston . . . John Kennedy . . . and who else? It is also so sad that most people don’t know there are good-hearted, integritous, grounded, well-trained psychotherapists who work to heal their own suffering and so can help others heal their suffering to the root. And why is this?

First, our society labels people who are suffering as “mentally ill.” Still in this day and age, the stigma is there. And so unnecessarily. We are all wounded in some way . . . we all have pain from our lives, especially our early lives. Some more traumatic. Some more torturous. Some younger in life. Some older. But none of us is without suffering. We have been shown this again and again: John Kennedy. Richard Nixon. King George VI. Princess Diana. Whitney Houston.