When the Going Gets Tough: The Case for Sticking with It 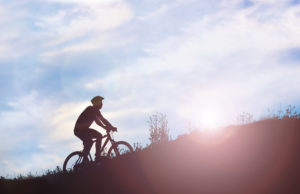 “When the going gets tough, the tough get going.” At least, that’s what the old saying claims.

But this adage could be taken two ways. Do these figurative tough people get going on some tough task facing them? Or do they get going by running away?

Even the Wikipedia entry acknowledges this dilemma: “Taken together, the meaning of the phrase is ‘When the situation becomes difficult, the strong will become engaged.’ ” It also notes, “Another interpretation could mean, ‘Those who act tough and proud will vacate a situation when it becomes difficult lest they be proven not as tough as they appear to be.’ ”

Hmm. To engage or vacate?

The purpose of this article is to explore the first option: sticking it out. We’ve all faced difficult situations, some that feel unmanageable. I’m talking about an emotional dilemma in which our inner self feels a sense of dread, stuck-ness, or overwhelm that feels unsolvable. Sometimes it can feel as if our world is collapsing on us and every cell in our body screams to get out!

The job of a psychotherapist is to get people to at least try to look at things in a different way than they otherwise would (or could). In some cases, the situation may at first feel awful. But if you stick with it and keep an open mind, there can be a shift. Something can unfold that’s better than you could have imagined.

Here is where my task becomes difficult: I am, after all, writing about an experiential pattern—something intangible. But I’ve witnessed and experienced it so many times that I think it needs to be explored.

That which feels terrible and unmanageable can often be a portal into a better situation, if we are willing to walk through it. At this point, the spiritually minded among us may be smiling and nodding, whereas others might be saying, “Oh, please!” But I’ll point out there’s a mundane explanation as well, one that springs from mainstream neurobiology and therapy: The psyche has defense mechanisms that sometimes don’t allow us to consider, or even perceive, some potential solutions.

In the language of somatic trauma therapy, there can be an over-coupling sequence in which our reptile brain says, “Okay, this terrible thing happened a long time ago and this new thing feels similar, so this new thing must be terrible and we’d better RUN AWAY NOW!” And it doesn’t leave us any other option, at least until we manage to get ahold of ourselves.

Here are a few real-life examples of what I’m talking about:

Catch yourself making automatic assumptions: “If I do this, then that is going to happen and it’s going to be awful!” Stop and ask yourself: Is that realistic? Is it the only possible outcome?

I can’t say this approach—sticking it out when things get rough—will fit or work for every situation. As Alcoholics Anonymous members sometimes say, we have to live life on life’s terms, not ours, and sometimes life just sucks. Still, I have found the following general guidelines (not therapeutic advice!) to be useful across many situations:

Katrina Kenison, who wrote about this very phenomenon, may say it best: “When the going gets tough may I look for a door to step through rather than a wall to hide behind.”