How Do You Know When Sex Has Become an Addiction? 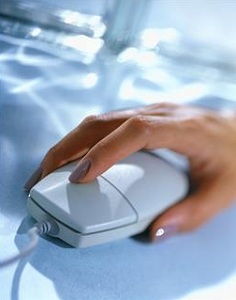 “Hey, I am just like everyone else! There is nothing wrong with enjoying sex often!”

“Is sexual addiction real? We were made for sex, how can that be an addiction?”

“OK, if I am going to be addicted to something, it might as well be sex!”

Is it possible to be addicted to sex? Is it really about wanting too much sex? Before we dive into this, let’s look at the definition of sex addiction as noted by Patrick Carnes, the author of the pioneering 1983 book Out of the Shadows: Understanding Sexual Addiction and creator of the website SexHelp.com: Sex addiction is defined as “any sexually related, compulsive behavior which interferes with normal living and causes severe stress on family, friends, loved ones, and one’s work environment.” The interesting point is the term “sexually related” behavior. This is not just about liking sex; it’s about being compulsive not only about sex, but also behaviors related to sex such as masturbation, pornography, online relationships, adult clubs, etc. Some will argue that there is nothing wrong with any of these, but we need to remember the rest of the definition: compulsive behavior that interferes with normal living.

It is important to look at a few areas that distinguish between what many may feel is “normal” behavior and what is actually addiction. Sex, just like food, alcohol, and even gambling, is not a wrong behavior in and of itself, but when it becomes controlling and compulsive, that is when it becomes addictive. Take a look at these three areas and see if just maybe there is more to it than just liking sex:

Sexual behaviors, choices, and actions compromise who you are and can put you in dangerous situations. When pornography viewing at home becomes not enough and it escalates to viewing it at work or on someone else’s computer, and so on, you are putting yourself in potentially dangerous situations that could impact your job, your family, and your finances, but despite the risk you continue to do it. Having risky sex without protection, paying for sex and taking the chance of getting arrested, and doing this despite the impact to you and your family can point to addictive behaviors rather than just liking sex.

Do you find yourself turning to sex or sex-related behaviors when you are feeling wounded or hurt? We all have pain in our lives, and it is felt at different times; however, when this happens, if you find yourself racing to sex-related activities or compulsive choices, it might be time to evaluate the hold this has on your life. When challenging times come in life, there is the choice to handle it in a healthy way that will create growth and not more harm or to turn to “self-medicating” behaviors such as sex or sexual behavior that will not bring healing but rather may open the door for even deeper harm and hurt. If this is the consistent choice that is being made in your life, be aware that this is much more than just liking sex.

Finally, is the sexual behavior to the point that it is compulsive, and no matter how hard you try, it is too hard to stop? Is it constantly on your mind, trying to figure out ways to engage in the sexual behavior, trying not to get caught, and trying to stop but to no avail? Is the sexual behavior hidden from others and if it were found out would it be embarrassing or shameful? If the answer is yes to these scenarios, is it really just about liking sex or has it turned into an addictive behavior?

An argument can be made as to whether sexual addiction is real or not, but as we can see from each of the points made here, it is about much more than just liking sex. The danger is in making excuses that it is all just “normal” behaviors and choices rather than facing the fact that the addictive choices can bring harm to yourself and your family and can put you in a compromising situation and create compulsion to the point that it feels out of control and can’t be stopped. If you are questioning whether you have an addiction, you can take the test at this website: http://www.sexhelp.com/am-i-a-sex-addict/sex-addiction-test and do some self-evaluation before dismissing it as “just liking sex.” Keep in mind, there are many therapists and groups that specialize in sexual addiction, dealing with the real core hurts, creating healthy choices, and helping you learn to enjoy healthy sex rather than using it in an addictive manner that will lead to more frustration and potentially devastating harm.