Getting Worn Down from Emotional Abuse 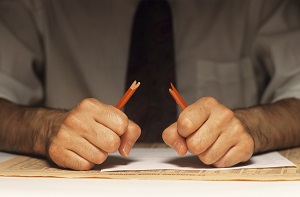 Earlier this year, the French National Assembly passed a bill that criminalized psychological abuse within couples. Specifically, the bill makes any repetition of actions or words that could “damage the victim’s life conditions, affect his/her right and his/her dignity, or damage his/her physical or mental health” punishable by imprisonment and a monetary fine.

While I do not know the motivating factors behind this bill, it is clear that it takes a clear stance against psychological and emotional abuse by recognizing the severity of this mistreatment.

You might be wondering where the line lies between someone behaving in a mean-spirited or hostile manner and someone being psychologically or emotionally abusive. I’ve put together an analogy in order to make this dividing line visible: just as wind and rain break down and erode a rock, so do words and deeds of belittlement and denigration wear down a person’s sense of strength, agency, capability, and worth.

Sometimes the elements—wind and rain—are torrential, but most of the time their presence and influence is subtle, ever present but rarely noticed. Once again, the parallel holds. At times the emotional toxicity of another is clearly identifiable as abuse. However, most of the time wounds inflicted by another are gradual and almost below the radar. This toxicity is as damaging to the rock and to one’s personhood as gale force winds. However, often times the recipient of these emotional elements is labeled as “too sensitive,” “over reactive,” or worse.

In time corrosion will occur and one will become a weathered soul. How this is displayed varies from person to person. Some will retreat into a sort of depressive hibernation, others will become the powerless person they have been accused of being, and some will begin to check out from life—living in a fog-like daze, while others will grow in anger and rage. Ultimately, the variations of how people respond to such corrosion are as endless as the number of people who experience such psychological and emotional toxicity.

Unlike rocks, we become aware of our environments. We can choose to emotionally or physically move away from the source of the elements. By doing so, we allow ourselves to live, grow, heal, change, move on, thrive and come to fruition.

Reclaiming one’s power is this process of growth, which is one of the noblest paths a person can pursue.

If you are struggling with emotional abuse, know that you can reach out to a trained professional, who can and will help you heal and grow.