When Is Impulsivity Good for Your Relationship? 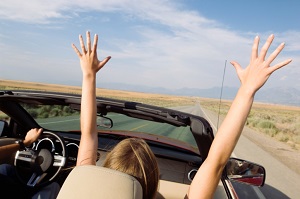 Does your spouse often make rash decisions and enjoy spur-of-the-moment activities? Is your wife or husband lacking in self-control? If so, you may be rolling your eyes thinking of all of the conflicts this behavior has caused. But according to a recent study conducted at VU University Amsterdam in the Netherlands, people with low self-control may actually be less selfish. “We did not believe that this was true in every context, and especially not in close relationships,” said Francesca Righetti, lead researcher on the study.

Righetti and her team enlisted couples and explained that they would have to interview 12 complete strangers about embarrassing situations. The experiment was a ruse, and although the couples did not have to complete the task, Righetti wanted to know how each partner would assume the uncomfortable responsibility assigned to them.

Righetti followed up that experiment with a second one that examined how self-control affected sacrifice in relationships and forgiveness. She found that even though impulsive partners were willing to give up their own time and comfort for their partners, they were not quick to forgive transgressions.