When ‘Hooking Up’ Leaves Something to Be Desired 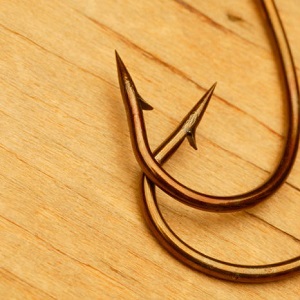 I see this all the time. A woman tells me that she went out on a first date with a man and then tells me that they slept together. In the same sentence, she tells me, “I probably shouldn’t have done that.”

I also see this all the time. A woman comes to my office five years after engaging in casual hook-up behavior (defined as brief, uncommitted sexual encounters among individuals who are not romantic partners) and wonders why she is having so much difficulty connecting in her current relationship. She says, “I love him, but I don’t have any sexual desire.”

I work with twenty-somethings, and I see how casual sexual relations can have negative impacts on women’s minds and bodies. Of course, not everyone who engages in this type of behavior will have difficulties later in life. Some people can navigate this terrain without any problem whatsoever, and may even find it empowering. However, enough women struggle with this that I can make a full-time practice out of helping them.

We all have a longing for intimacy—it’s part of what makes us human.

We all want to have connection. That’s what social media are about. We want to connect with old friends though Facebook, famous people through Twitter, and colleagues and contacts through LinkedIn. But all this “connecting” doesn’t really do it for us. We want something more, something deeper, something more satisfying. So, in many cases, we turn to sex.

In one study of 832 college students, 26% of women and 50% of men reported positive feelings after a hook-up (Owen et al., 2010). Other than feelings of regret, many report feeling anxious about the state of the relationship or their physical health. In another study of 140 (109 female, 31 male) first-semester undergraduates, women, but not men, who had engaged in a hook-up with intercourse showed higher rates of mental distress (Fielder and Carey, 2010b).

Something I see all the time in my private practice is women diving straight into a physical relationship while the emotional relationship is not yet mature. The woman may give fully of herself physically while still “protecting her heart” by remaining guarded emotionally. This is a type of dissociation.

Five years later, when she is engaged or married, this may catch up with her. She may be so adept at disconnecting mind from body that she has a hard time unifying or connecting the two. This can manifest as genital pain or low sexual desire.

So what can you do with this information?

Some things to ask yourself and to keep in mind:

Sexual relations are the most intimate act between two individuals. Establish an emotionally intimate and emotionally safe relationship to match the depth of your actions. This will create a more connected and happier relationship with yourself and others.