When Caring for an Ailing Parent Raises Internal Conflict 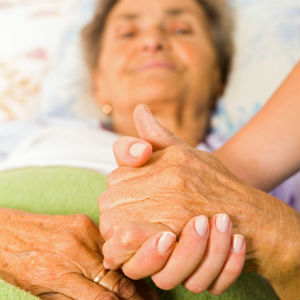 A newspaper article recently described how a woman with a seriously ill mother quit her job, drained her savings, and devoted herself to her mother’s care. With no apparent conflict, she said she was giving back what her mother gave her.

Like this woman, some people I work with in therapy find satisfaction and pleasure in providing for their parents. This is not to say they don’t feel overwhelmed or occasionally resentful. Nevertheless, this woman’s experience struck me as very different from that of many people who have a great deal of conflict as they try to manage their lives and figure out their roles as adult children of in-need elderly and/or ailing parents.

The conflicts about providing for parents’ needs that I will describe are not between parent and the adult child. Rather, they are internal conflicts. Each person in this situation has many divergent and clashing feelings. Sometimes, a parent will make specific requests or demands for help; sometimes, it is the adult child who has the experience that a parent needs help and they are supposed to provide it.

The thoughts often include:

By creating distance in the relationship emotionally and/or geographically, some people have been able to protect themselves from their parents’ assumptions that they are supposed to provide for their needs. These adult children often continue their pattern of saying no to their parents literally and figuratively: they move away and rarely visit; they may show up for obligatory holidays but are careful not to share their emotional lives.

Greta is a person with a separate and individuated sense of self who has developed both emotional and geographic distance from her mother, who has narcissistic tendencies. Now, to her dismay, she is obsessed and in conflict about how to respond to her ailing mother: “My mother was never there for me. She never played with me, never read to me, never seemed interested in my life. When I was a teenager, she gave me money to do things. It felt like she wanted to get rid of me. We’re very distant. I didn’t return home after college. I make a superficial call about once a month. Now she’s 79 and has cancer. Can you believe that she told me she wants to come and live with me? I would rather be dead! She doesn’t deserve my care. More than that, I would be too angry. It would deny the reality of what kind of parent she was. … She and my sister aren’t close either, but she doesn’t want to live with her. The problem is, she is my mother. She’s sick. Is it right to turn her away? If I take her in, I will resent and hate her. But I couldn’t live with the guilt of saying no. But I don’t know if I could live with myself for saying yes.”

When the parent is the one who gets his or her needs met, it can feel like the adult child is being dismissed, disrespected, and made invisible. These intolerable and painful feelings are what adult children try to keep away in their obsessive attempts to figure out what to do. But it is difficult to give up the ruminating: the noise of the struggle in their heads interferes with feeling the unwanted and intolerable. This can create a situation of perpetual conflict with no resolution.

Thoughts such as Greta’s weigh on the people with whom I work in therapy. They become obsessive and overwhelmed with feelings of anxiety and depression. For many of these adult children, the struggle feels very black-and-white: Whose needs will take precedence? Whose voice will be heard? Whose sense of self will be acknowledged and respected?

In contrast to detached adult children, people who have remained closely attached continue to engage in familiar behaviors of making sure the parent is not angry, unhappy, or experiencing unwanted feelings. They ignore their own feelings, make no demands, and express no needs. If this dynamic has not been resolved (e.g., through distancing, forgiveness, or healthy separation) there is often a strong, familiar pull toward compliance with the parent’s wishes.

Garrett, the oldest and only son of three siblings, was always very closely tied to his mother, an unpredictable, angry, and anxious woman. Garrett explained: “I never knew which mother she would be at any given moment. I learned that my job was to keep her happy and untroubled. My life is still devoted to keeping her smiling. My sisters moved away and have little to do with her. I live a mile away. Now that she’s sick, I visit almost every day. My wife is getting more fed up than usual. I hardly see my 7-year-old daughter. I hate that I’m such a wimp. But I can’t say no to Mom. I resent her and how totally she needs me. But what else can I do?”

Meeting parental needs does not insulate the adult child from feelings of resentment toward the parent or from self-attacks for being unable to protect the self from parental demands. At the same time, self-attacks for feeling intensely guilty for not wanting to provide what the parent needs can be intolerable. For Garrett, to not comply with his mother’s wishes would mean feeling self-hate and excruciating guilt and fear of his mother’s attacks for being a bad son. Although Garrett always feels that he is invisible and unseen by his mother, his guilt and fear make it seem as if there is only the usual choice to abdicate his needs and wishes and resume the devotional position of the child he was growing up.

Compared to Greta, Garrett has less conflict and has not sufficiently separated and individuated from his mother. While Garrett feels resentment, he feels he has no choice. Greta, who is more individuated, has greater conflict. She feels strongly pulled between serving her own needs and providing for her ailing mother. She is more connected to her old feelings of being unloved, invisible, hurt, and angry.

Greta expressed bewilderment: “I’m really surprised at how hard this is for me. I would have thought it would be easy to say no to my mother. But it isn’t so simple. I wish I could forgive her. She seems so lost, so sad, so little. She seems frail, not the big, bad mother I have always known. I wish she could have been a loving mother.”

When the parent’s power appears to be diminished or gone as they become more fragile and elderly, it can be more difficult for some adult children to continue their detached stance. This can increase conflict. On the one hand, the child recalls the bad feelings of having their needs be less important than those of the parents. On the other, guilt increases as they see the now-fragile, powerless parent before them. If they see the parent as powerless, they may feel guilty for thinking that the parent was ever a powerful and hurtful person in their lives. This can feel confusing and could lead to a softening of the child’s detached stance. Seeing the now-powerless parent can make it safer to feel the childhood longing for a loving and nurturing parent (who was not available growing up). This can result in the adult child taking on a nurturing role toward their now-frail parent. For some, it may lead to forgiveness.

As I reflect on the feelings and behaviors of adult children as they confront these issues, I am aware that they represent many different worries, solutions, and parent-child relationships. Even with these differences, every conflicted person seems to share a search for doing it the “right” way. One of my tasks has been to help each person come to what the best way is for them and to give up the idea that there is a “right” way to respond.

At some point, the obsessing has to end and the adult child has to make a choice about how to respond to their parent’s needs. Whether the choice is fully responding, partially responding, or a total refusal of what the parent wants, there are usually guilty feelings. Whatever the course of action, the adult child has to be able to acknowledge that they are making a choice. They also have to recognize that their choice means they are in charge of their actions—that they have a sense of agency. This means that they are responsible for their actions. Even if the choice is total compliance with a parent’s wishes or demands, the power of yes or no, or yes to this and no to that, resides in owning the experience of choosing. Experiencing this sense of agency helps one to feel that he or she has made himself/herself heard and visible. This should decrease self-attacks and promote feelings of self-worth.

The more a sense of agency can be developed, the greater the ability to tolerate the choices that have been made. While the choices may not feel good, recognizing one’s agency can make it feel better.