What to Do When You’re the Jerk 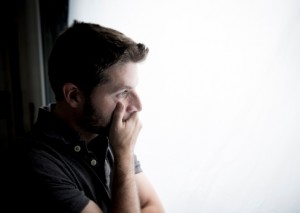 On this occasion, I started the chant, but it fell flat on its face. Not a single person joined the chant with me.

It wasn’t until I was in college, recalling this embarrassing incident, that I finally realized my shameful behavior. The birthday girl, who appeared in class sporadically, sometimes showed up on crutches and sometimes arrived in a wheelchair. I had completely forgotten about her disability because she had put them aside for her bat mitzvah. Ignorantly, obliviously, I had thrown her illness in everyone’s face. What a horrible child!

Shame, that gut-wrenching, nauseating feeling, keeps people from acknowledging when they’ve been hurtful. So often, admitting that you’re guilty means being overcome with shame. We all want to be the good guy. It’s awful to discover that we’ve been the villain.

The other thing that stops people from admitting when they’ve been wrong is punishment. Often, the punishment is shame: “Shame on you!” If a person admits to a spouse that he or she has been overreactive or harsh toward the spouse, will the person be understood and forgiven or will he/she be punished and repeatedly shamed?

Being able to take responsibility for one’s bad behavior is in everyone’s best interest. Being condescending, being harshly critical, being explosive, being prejudiced—these behaviors and more may occur for all of us, but unacknowledged and unchecked, they can become a person’s identity, overshadowing higher qualities and damaging or destroying relationships.

What not to do:
Twelve-step groups, support groups, and psychotherapy can assist individuals in regaining clarity and self-compassion in order to end abusive behaviors, including the abusive behavior of self-loathing and self-abuse.

These suggestions are sometimes easier said than done. It can take time, patience, and emotional support to work through these steps. A person may not get the understanding and forgiveness he or she desires. It’s important to do it anyway, regardless of the reaction. Just because someone becomes aware of his or her behavior doesn’t mean it won’t happen again. Hopefully, with repeated awareness and commitment, the person can learn to stop it faster.

In families that carry histories of substance abuse and/or physical abuse, the level of damage can be extreme, resulting in a greater need to justify, ignore, or suppress awareness of these behaviors. Twelve-step groups, support groups, and psychotherapy can assist individuals in regaining clarity and self-compassion in order to end abusive behaviors, including the abusive behavior of self-loathing and self-abuse.

No one is perfect. There is no shame in learning, growing, and striving to be your best self.